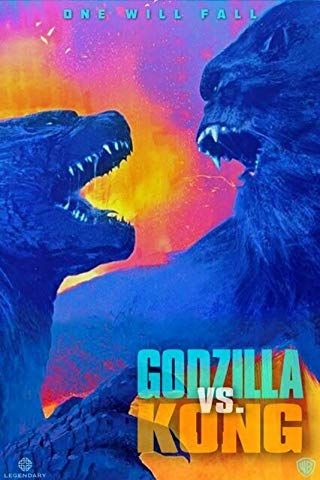 Another Monster on Monster battle royale, who would miss such a thing. I mean, on one side, there’s Godzilla, the contender from Japan with some pretty awesome superpowers. On the other hand, we have the King of the lost island, King Kong. I bet that if this happens in real life, we will be watching them fight instead of running for our lives. All that we will be running for is munchies. This is just the next level of awesome. You take the most popular monsters in the history of cinema and make them fight in a crossover, and you think that the fans wouldn’t lose their minds, you’re completely wrong, sir.

Now someone’s going to ask whos stronger and who’d win the fight. Let’s run with some facts. So unlike King Kong, Godzilla actually has experience in fighting with someone its own size. It’s basically a rookie versus a seasoned veteran when it comes to Godzilla vs. Kingkong. Godzilla has taken down a mechanical version of itself and a three-headed dragon. Godzilla is a 300 feet creature while king kong is a 100 feet tall ape. It looks like king kong is the underdog in here.

Not to mention the atomic breath, the ultimate special move. Kong is smaller but is more agile. He also possesses god-like strength. While Godzilla is dependent on his brute force and plasma breath, Kong is a bit of a strategist.

He can adapt and is spontaneous. In the end, its a fight of the brains, facts say that Godzilla would win, but we are secretly rooting for Kong. King Ghidorah is Godzilla’s arch-enemy. and one of the few titans to fight for the status of king of the monsters. this golden three-headed armless dragon was originally an alien and the first monster Godzilla needed help to defeat.

Who won in Godzilla vs. King Kong – The Plot

In the 1972 movie, king kong defeated Godzilla. There was a solid reason behind it, though. Godzilla wasn’t as famous as he is today on the silver screen. As I said, Godzilla had an advantage of size and powers, but since Kong was a more well-known character and looked like an underdog in the movie. Since Godzilla didn’t have a solid reputation, he was the villain in the eyes of the audience.

Godzilla got the best of Kong in the first two fights, but in the third fight, Kong gets hit by a bolt of lightning, and that gives him the power to fight Godzilla. Now the thing is that Godzilla and Kong are pretty famous and have a fanbase of their own. For the first time, there is no perception of any kind that anyone of the two has to be the villain. One thing is for sure that no matter what happens, we are going to have fun.