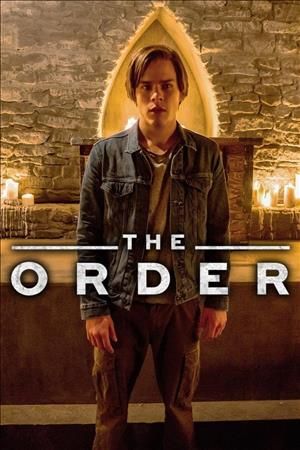 The Order is an American Horror drama series with its first season releasing on March 7, 2019. Directed by Dennis Heaton, this supernatural series has received a lot of positive reviews and was renewed for a season 2 in 2019 itself. The long wait will be over soon and the fans can rejoice as the shoot of The Order Season 2 was not affected by the COVID-19 pandemic!

The Order season 2 is released on 18 June 2020 without any delay as the production of season 2 was completed in 2019 itself.

In season 1 we saw Jack Morton being accepted into the Belgrave University and the magical Hermetic Order of the Blue Rose. He joins the secret society to avenge his mother and take down his estranged father- the leader of the society Edward Coventry. After learning of the use of dark magic in society, Jack joins a rival group the Knights of Saint Christopher- a society made up of werewolves who aim to take down the Blue Rose.

In season 2 we find the Knights of Saint Christopher stripped off their memories. After regaining their memories, they had lost due to The Order they fight battles with another cult and another sinister enemy with shocking revelations found during this process.

Jake Manley will return as Jack Morton with Sarah Grey as Alyssa Drake. Adam DiMarco as Randall Carpio, Devery Jacobs as Lilith Bathory, and Thomas Elms as Hamish Duke are cast as regulars this season.

How Many Seasons Will The Order Have?

Currently, we have no idea how many seasons will The order have but for now, we have two seasons of 10 episodes each.

Stay safe and stay tuned for further updates on The Order Season 2!