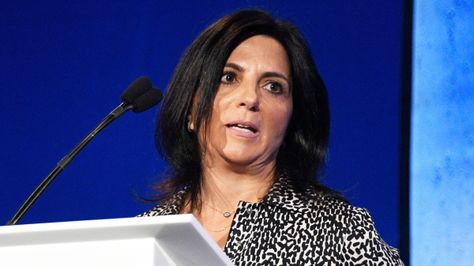 An ABC News top executive, Barbara Fedida, has been temporarily suspended after a report that she used racist slurs in an on-air discussion at the network.

The Walt Disney Co is looking into the matter of Barbara Fedida, who is senior vice president of talent. She has a previous history of making comments and several co-workers have already complained about her.

An ABC News representative said in a statement that these are extremely disturbing allegations and they will take this seriously and take appropriate action. They even said that racism is highly condemned and does not reflect the values of the ABC network.

Fedida is an influential figure at ABC News under the leadership of its president, James Goldston. She played a defining role in nurturing and hiring on-air talents on the show, which has been the most popular news TV program with “Good Morning America” and “ABC World News Tonight.”

During negotiations for a new contract for her co-host of “Good Morning America”, Robin Roberts, Fedida reportedly joked the network was not making Roberts to “pick cotton,” according to various reliable sources. Roberts is probably the most popular host on ABC News. He is of African American ethnicity and he comes from the Deep South.

In a discussion about the previous anchor from ABC network, Kendis Gibson, Fedida allegedly said that the company spends more time on the toilet than they would spend on him. Gibson is also from the ethnic minority background and condemned her statements saying that those surprised and disappointed him.

Fedida is not the first media executive to come under the scanner over conduct or comments related to racial profiling and unequal treatment in the workplace. Workers at various other publications like Condé Nast magazine Bon Appétit or the website Refinery29 have fired or been suspended on leave from their jobs as a consequence of their actions.