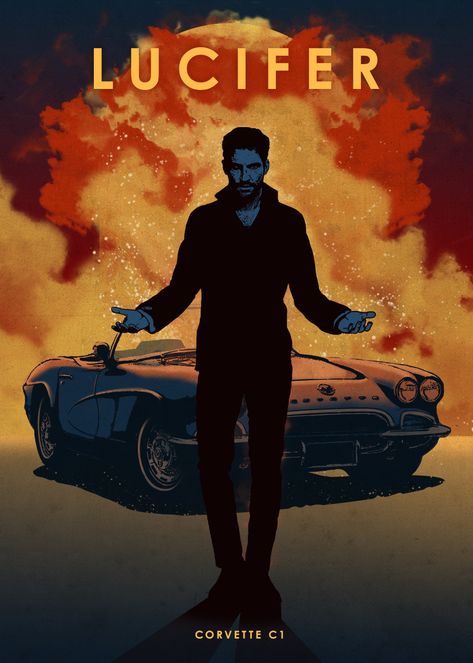 Lucifer was originally aired on Fox for 3 seasons but got canceled due to the low rate of viewers. When the fans of Lucifer get to know that Fox canceled their beloved show, they started campaigning for the show on social media. And as a result of their campaigning, Netflix renewed the show for the 4th season and released in on its own platform. Lucifer Season 4 became an immense hit on Netflix. For another season Netflix announced it’s renewal.

The story revolves around the main lead Lucifer Morningstar who’s the lord of Hell. After being bored sitting on hell’s Throne he flies to Los Angeles for change.  where he meets Detective Decker and helps her in solving the cases and snatches the criminals. The chemistry between the devil and Detective became intense throughout the show.

Netflix announced via it’s official Twitter page, the release date of season 5 with the video of Lucifer(Ellis) of 66.6 seconds.

Captioned the video “We know you can’t wait for Lucifer Season 5, So here’s a devilish 66.6 seconds to keep you sinful until Season 5, Part-1 drops on August 21st(this year)”. The season 5 part-1 will release on 21 August.

The main 2 lead actors will return again for the audience to sparkle the season with their charm and intense relation.

Season 5 will also add some more characters to the story for more exciting twists and turns in the story. The twitter handle of the show introduced some new faces who will be seen in Lucifer Season 5. The new cast will include-

The storyline, Theories, Review And Everything You Need To Know

The Storyline of the new season is under wraps. The makers and Netflix didn’t say anything regarding their new season. Maybe because they don’t want to break the suspense and excitement of the audience who’s eagerly waiting for the Lucifer Season 5.

Season 5 is going to release soon but right now reviews section is empty because the audience and critics don’t know about the show’s plot and storyline until now.

Chris Rafferty said, “Final day of the Lucifer writers room as we finished plotting our series finale. It hasn’t sunk in yet because we still have more writing, shooting, and edition to do, but we celebrated this bittersweet day with lots of laughs and love”.

This time Series would be split into 2 parts with a total of 16 episodes. Part-1 would contain 8 episodes and will release on 21 August 2020.

Is Lucifer Season 5 The Last Season?

Netflix didn’t announce any news on Season 6. Neither they tell that season 5 is the last season nor the season 6 would come. But Tom Ellis recently signed a new deal with Netflix to return As title character for the sixth season if show continues to make further seasons.