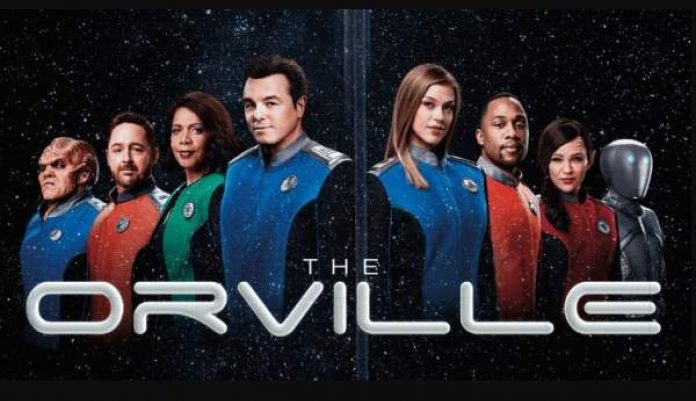 The Orville is an American Sci-fi comedy-drama series. Seth MacFarlane not only created it but also starred in it as the protagonist Ed Mercer. The series takes place in the 25th Century, where Mercer is an officer in the Planetary Union’s line of exploratory space vessels. The series draws inspiration from the original Star Trek as well as its Next Generation successor. It caricatures the two but also simultaneously homages them. The first two seasons they were aired in 2017-18 and 2018-19. Fuzzy Door Productions and 20th Century Fox Television jointly produced it.

The show follows the crew of the titular starship USS Orville, and the interstellar alliance between the Earth and other planets in the 25th Century.
Season one received negative reviews from critics while receiving positive reviews from audiences. Season 2 was both critically and commercially acclaimed.

Everything we know about Season 3 of The Orville

Season 3 of The Orville is expected to get a late 2020 release on viewing platform Hulu. But the release date has not been confirmed yet. Nothing can be said with assurance at the moment because of the ongoing Covid-19 Pandemic.
There is supposed to be thirteen episodes in Season 3. But creator Seth MacFarlane has stated that each event will run for ten minutes longer.

Cast: Will we see any new face in Season 3?

We saw Lieutenant Alara Kitan (played by Halston Sage) leave the crew in Season 2. But executive producer David Goodman stated that they “love her and would want to figure out ways that she can come back”.

Plot: Why did Alara leave The Orville? What does this mean for Season 3?

Alara left The Orville at the end of Season 2 to back to her world and reconcile with her family. She finally became close to her father, after having a troubled relationship with him her entire life. This is because she was considered an intellectually disabled person and her father did not approve of her decision to join the crew.
But as mentioned before, the creators might be thinking of getting her character back, though she will not be a series regular.

As for the other storylines that are concerned, little is known at the moment. Goodman revealed that Isaac might face repercussions for his decisions in Season 2, Episodes 8 and 9. Speaking to Trek Movie, he said: “We are still going to be doing standalone episodes. However, now we have shown that we can do a deeper dive in the Union, into the aliens, into our characters. So, we will continue that build.”

“But again, it is significant for us for the show to stick to the format… You don’t want anybody confused who has never seen the show before. That is always a goal for us. We don’t want to alienate any new audience member.”

How many seasons will The Orville have?

Little is known about how MacFarlane decides to wind up the show. So the total number of seasons that the show will have is a mystery. As of now, the show is gearing up for Season 3. Maybe at the end of this season, we will get some idea.