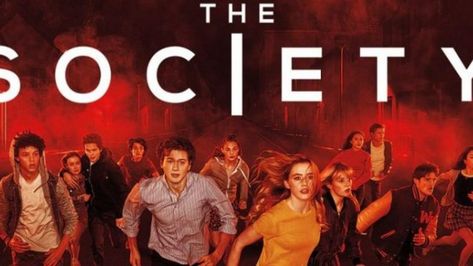 Created by Christopher Keyser, The Society is a mystery drama series that premiered on Netflix on May 10, 2019.

The series follows a group of students who are left alone in the town of West Ham after their parents and everyone else mysteriously disappears. To make matters worse, a dense forest surrounds the town making it impossible for them to find a way out. There are no internet or telephone services. The students must form a community of their own to survive with the limited resources left.

Everything we know about Season 2

The binge-worthy Season 1 brought a lot to the table. The compelling storyline, the most unprecedented twists and the appallingly eerie setting left us wanting for more at the end of the season. So has Season 2 been announced?

The answer is yes. The show was renewed back in July 2019 and was supposed to release by May 2020. But unfortunately, the Covid-19 Pandemic halted production and the date has been shifted to late 2020.

What was the significance of the Coin-Flipping? What can we expect in Season 2’s plot?

Whenever a coin is flipped in the eerie town of West Ham(  renamed as New Ham), it lands a tail. The occurring is too uncanny to be considered accidental. While Cassandra discusses the town’s issues with Harry in the Church, she flips the coin to make a point, it lands on a tail again.

This is one of the million other questions that we want Season 2 to answer. Other questions include where the kids actually are because the ending scene features Allie’s mom. Are they in some parallel universe? How were they brought here? Who is the truck driver? And what about that foul smell? Season 2’s plot will be filled with events tending to tie these loose ends.

Season 2: Who will be seen in the Cast?

The ensemble cast of Season 1 will be reprising their roles in the upcoming season. Kathryn Newton as Allie, Jacques Colimon As Will, Toby Wallace as Campbell, Alex Fitzalan as Harry, Kristine Froseth as Kelly, Natasha Liu Bordizzo as Helena and Olivia DeJonge as Elle will return along with others several others.

Rachel Keller as Cassandra is not likely to return as she was killed in Season 1, but we do not know if some nerve-wracking plot twist will bring her back or not.