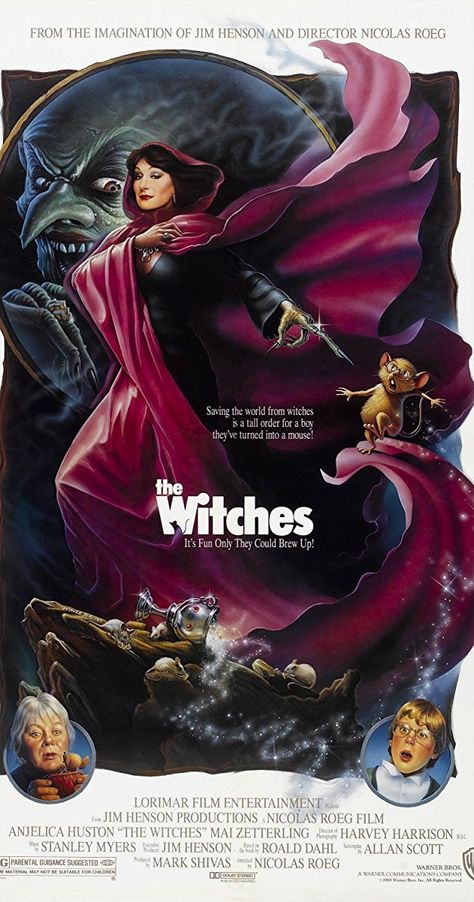 2020 has been a year of remakes. We’ve got plenty of them in the past 6 months and it looks like there are still many in the pipeline. The Witches first came out in 1993. Based on the 1983’s children’s novel by the same name by Ronald Dahl, The Witches was an American dark fantasy action-comedy.

As the name suggests, The Witches revolves around evil witches. These evil witches plan to rid the world of children and are hatching a plot. However, a young boy stumbles onto a witch’s convention and tries to stop them. Determined to not let anyone stand in the way, the witches turn the little boy into a mouse.

With an IMDb rating of 6.8/10 and the Tomatometer, the film was a smash hit. And after 27 years, the film is all set to get a remake.

Therefore, let’s dig into the details regarding the release date, cast, and plot for the upcoming film

Is It A Remake?

Yesss!!! Warner Bros has officially acquired the rights to reboot the 1993 film on the big screen. Though the original flopped at the box office, it managed to rack up a massive fanbase. Therefore, with enhanced graphics and VFX, the remake can do some magic at the box office.

Robert Zemeckis will the director as well the producer as this. Oscar-winners Guillermo del Toro and Alfonso Cuarón will be the executive producers.

The film will be adopted from Ronald Dahl’s 1983 book by the same name. A coven of witches decides the rid the world of little children. To do this, they start hatching an evil plan. However, Bruno, a young boy stumbles on the witches’ convention and tries to stop them. But the witches are determined to not let anyone stand in their way and thus turn the boy into a mouse.

Where Can I See The Witches?

The film releases in the UK and the US on 16th October 2020. It can be later added to streaming portals such as Netflix and Amazon Prime. However, that part isn’t confirmed yet.

This is how the cast will be: