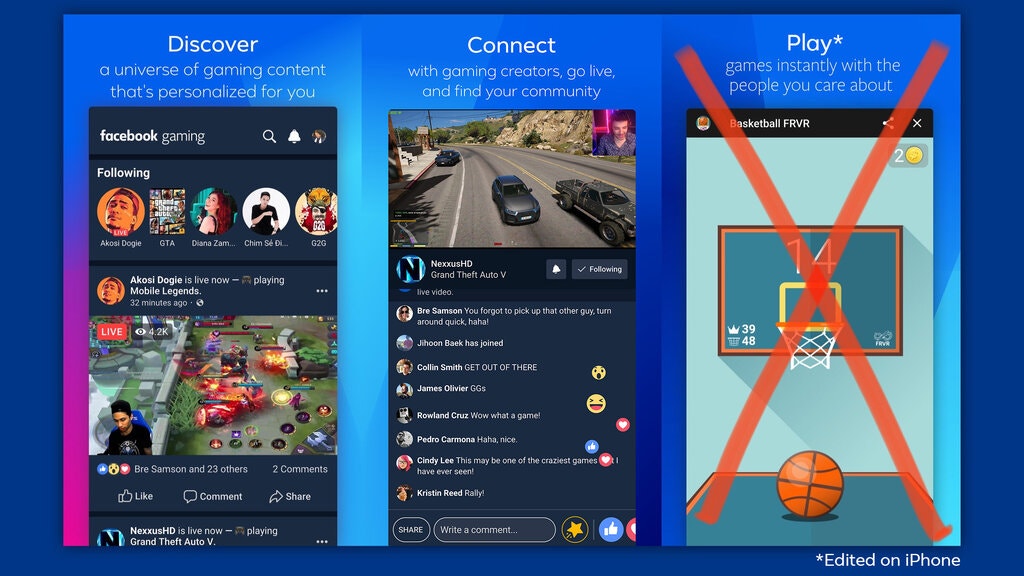 Facebook’s chief operating officer Sheryl Sandberg told that to get Apple’s approval they were bound to remove the entire gameplay function. He said, for this negotiation, iOs users cannot reach the satisfaction level of android users as their main focus is on the 380 million game players, who use Facebook every month. That’s why they have not removed the feature from all operating systems.

Apple, on the other hand, said that Facebook has violated the guidelines set and followed by the Apple app store. According to Apple, their customers enjoy great apps and games from millions of developers. Gaming services can absolutely be launched on the app store as they follow the same set of guidelines applicable to all developers including submitting games individually for review and appearing in charts and search.

The Facebook Gaming Chief told, to meet Apple app store rules they had to do many compromises in the past. He said that it was having negative impacts on Facebook game players.

In a report, Sheryl Sandberg, the corporation’s COO, stated, “Unfortunately, we had to get rid of gameplay functionality completely with the purpose to get Apple’s support on the separate Facebook Gaming app.”

Mark Zuckerberg, Facebook’s chief executive, stated, “Some are upstarts, but others are gatekeepers with the authority to agree if we can even release our application programs in their app stores to contend with them.”