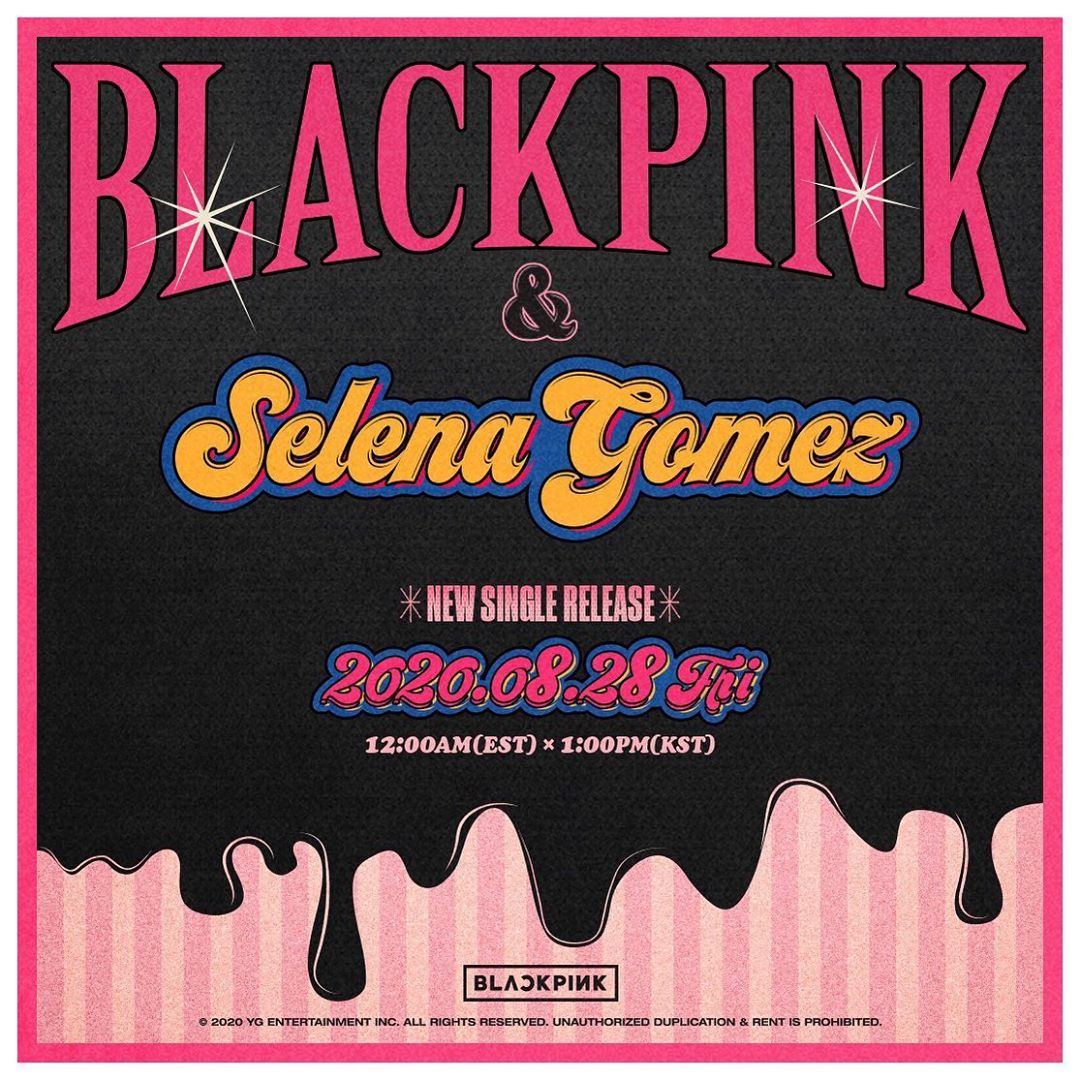 After Too many speculations, Selena Gomez has now confirmed that her teaming with BLACKPINK is not just a rumor, but a reality.  In fact, she had also Tweeted about the same officially and said that on 28th August a new song is coming up and it would see the collaboration of Selena Gomez and BlackPink.  In fact, in this Tweet she also showed her excitement towards this new collaboration.

In fact, even BlackPink had been teasing for a while in regards to the new musician in their band for the next single. But they had not revealed the name yet. It’s now that name of Selena Gomez has come out officially. So, now the fans have a curious eye on this pop star in regards to the amazing blend that is going to come up.

So, for the fans who would love to know about which is going to be the title of the track should know that, we are yet clueless about the same. But yes, since 28th August is not quite far something might come up soon. So, what these five leading ladies come up with is not going to be suspense any longer.  You will get to listen to the tune on this day. The entire track list is supposed to be released by October 2nd 2020.

This collaboration is supposed to be a giant one because music industry has two big names and that’s Selena Gomez and the music band BLACKPINK. Now, when they unite, it is for sure that the fans would just go crazy to see what they have in store for them.

As of now, there’s no information about the track list or how things are going to be and so things may change too. We are quite excited to get an idea about the upcoming tune. I am sure; you also might be having the same level of excitement! Stay tuned for more information in this.