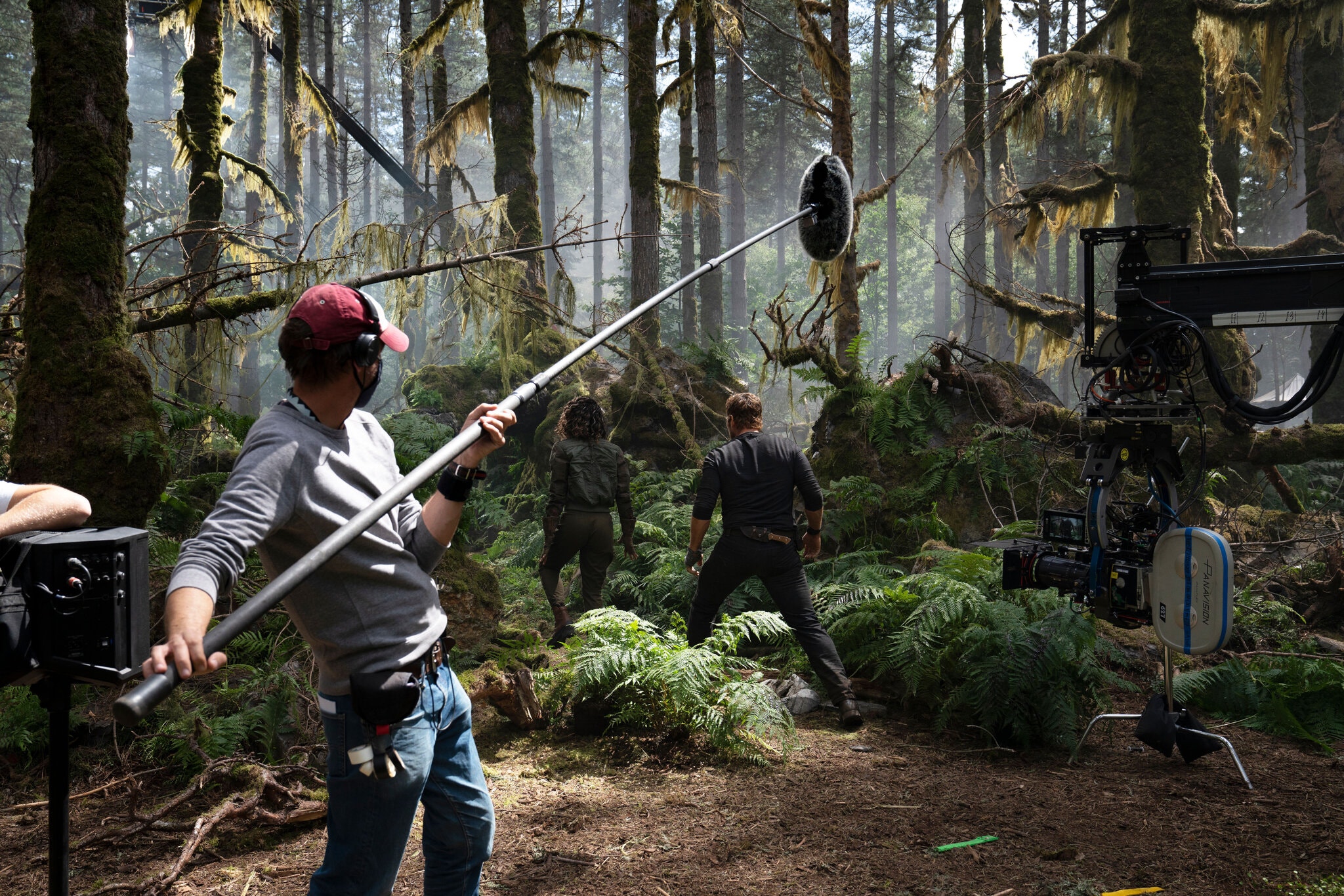 Like all other sectors, Hollywood too is going through a crisis due to the ill effects of the pandemic. At this time, Hollywood has relied on its blockbuster machine once again and is all set to give the Jurrasic Park series fans a grand treat with Jurrasic World: Dominion.

The film is expected to release on 11th June 2021. The first look photo has revealed that the film returns to its iconic location. The photo was shared by the director of the film Colin Trevorrow. The photo shows the place which was seen in the sequel of Jurrasic Park.

Shooting for the film had to be postponed in March due to the COVID-19 situations. After these months of halt, Hollywood is very hopeful that the movie can give it a financial as well as moral boost.

Shooting has resumed for Jurrasic World Dominion from 6th July in the UK. The character of Owen will be played by Chris Pratt, Claire Dearing will be played by Dallas Howard and a few others are going to remain the same.

Obviously the crew is very excited about the film as it is clear from their random posts on social media.

As safety is the utmost priority these days, a safety manual has been set that has 107 pages. The actors shared that they had to know the protocols in detail before they flew off. On the sets, everyone is maintaining the safety measures cautiously. According to the actors they are ready to take risks of shooting in these circumstances in order to bring a good result.

Though they are working amid risks, it is clear from a number of photos of behind the scenes which are shared, that the cast and crew are very optimistic about the film. The fans of the Jurassic Park series are really excited and they are keenly waiting for the new adventure.