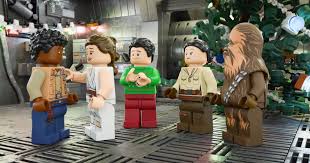 Even though COVID 19 has been around, if you think there won’t be any Star Wars soon, well you are wrong! Disney Plus is coming up with the exclusive Holiday Special new Star Wars is expected to release on 17th November, 2020. This will be a bit different and will now enter into the Lego world. So, the name of the new version will be Lego Star Wars Holiday Special. A few questions that had remained unanswered in the previous pick The Rise of Skywalker, will be answered here.

As per Lucas Film and Disney, since this show comes immediately after StarWars: The Rise of Skywalker, there will be a bit of continuation. Like, in the last part Rey and BB-8 had left their old friends and now they will be seen in Jedi Temple. Then the adventure will begin once more.

For Rey, there will be too many villains on the way. Of course, she will also encounter the super heroes on his way.  Yoda, Luke, Darth are some of the guys he will come across.  For fans who want some goodies from this part will get an amazing Lego Star Wars Holiday sticker book too.

If you love the retro styled guys then you would be amazed to see the characters that come from 70’s. The special thing about this new Star wars is that it is not just a story. It is actually something that’s not less than a Saga. Also, there will be encounters and interactions between the characters from different ages.

Friends, are you really happy to get news about Lego Star Wars? If yes, then November is not at all far! Just wait a few more months and catch your favorite flick.