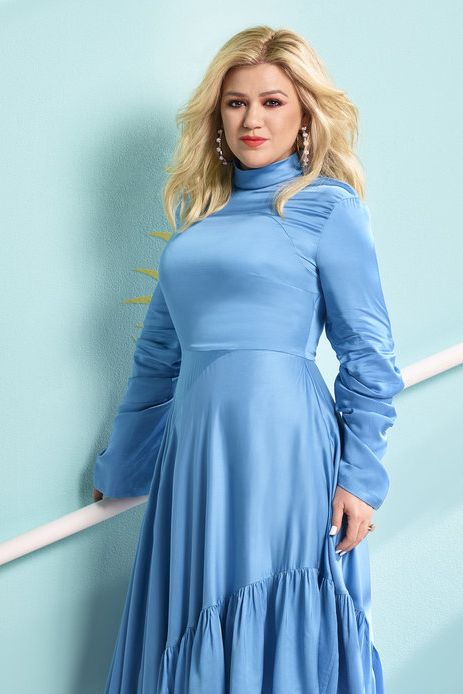 Kelly Clarkson, the American Idol winner, had replaced Simon Cowell in America’s Got Talent, the popular show of NBC, as a judge in the last episodes. As the live results episodes are going to start, there are interesting happenings related to the show’s 15th season. Cowell, because of his back injury in bike accident and surgery, couldn’t be present in the show.

The channel had chosen Kelly as she was the winner of the American Idol season 1 and also is the coach for The Voice. Kelly and Cowell have known each other for 18 years since Kelly had won the reality show. Simon was a judge there looking for perfection and Kelly impressed him. Now, replacing Simon, Kelly has shown her charm to the fans of the show very well.

She has been as involved and active as ever in the show. The fans for sure haven’t missed Cowell that much because of Kelly’s presence. In fact, Kelly’s enthusiasm and participation have raised a question if she should be among one of the full-time judges. Though Simon Cowell is doing well, there is another judge, Sofia Vergara who is not so much appreciated by everyone.

Now, Kelly has already been a part of the NBC family. Managing time would be a factor on her part. On the show’s part, there are uncertainties regarding the show in terms of its methods due to the current situation. Kelly has adapted the show very well, as it seems. But as the show is full of judges now, it may be possible for NBC to make a change in the judges’ panel when America’s Got Talent season 16 comes.

Kelly is not only a singer and television personality but a songwriter, actress, and author too. The fans are waiting for her final decision and they are eager to see how Kelly will prove herself as judge of the show.