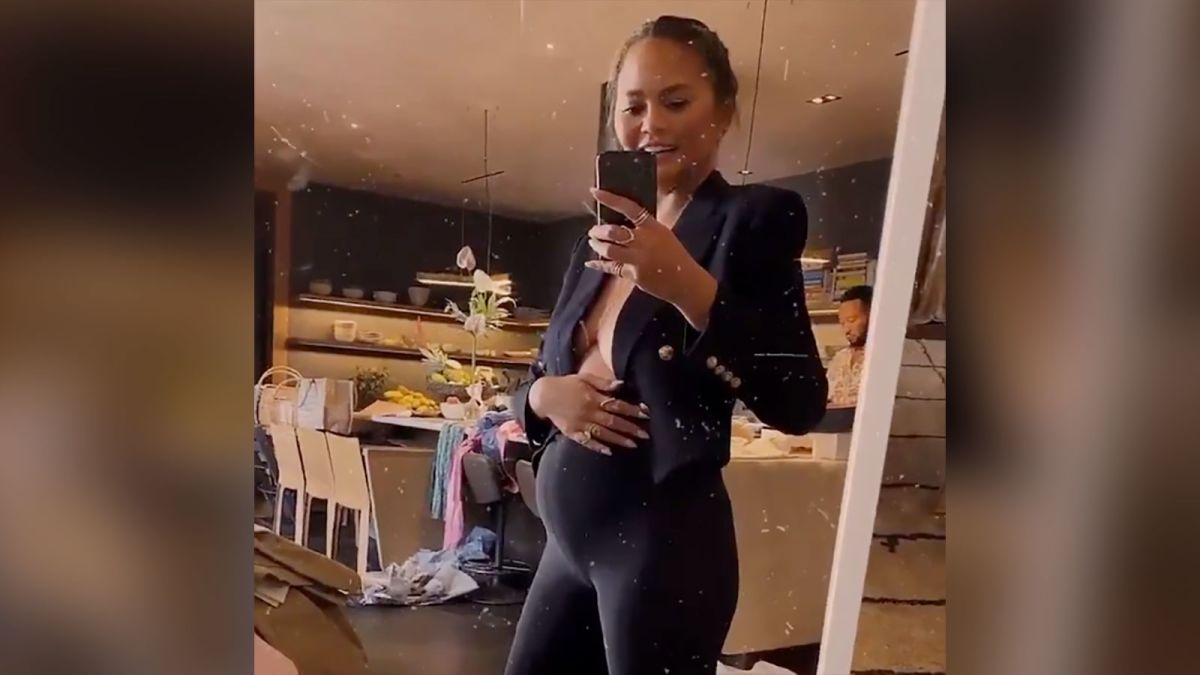 Chrissy Teigen has shared with joy that she is expecting a baby. This is her third child with husband John Legend. At the moment, showing off the baby bump while expecting a baby is a common trend among celebs now. Chrissy also did that recently. The model and food maven took to her Twitter handle to share a selfie video showcasing baby bump. The video showed her in all black. She has worn a jacket and leggings such a way that the baby bump is clearly visible.

John and Chrissy already have a daughter named Luna, 4, and a son named Miles, 2. There was a buzz about this kind of news related to Chrissy and John when a video of Legend and Gary Clark Junior’s new song ‘Wild’ came out. The family of John and Chrissy was seen in the video. In that clip, Legend embraced Chrissy from her backside while she was busy caressing her small baby bump.

It is known that John and Chrissy had a really tough time regarding infertility. They had to take the help of Vitro fertilization for Luna and Miles, their first two kids.
John and Chrissy came close to each other on the sets of a music video of John in 2006. They spent several years romancing with each other before finally giving the relationship a sweet name in 2013. The marriage ceremony happened in Italy.

Now, Chrissy and John keep updating their fans about their lives on social media.
But it is not always that celebs live only in happiness. Recently Chrissy shared a bad patch of her after she gave birth to their first child. She had gone through some mental disorders, Teigen told media people.

She also opened up about how she overcame this phase and when she brought her son into the world, there was no such depression.