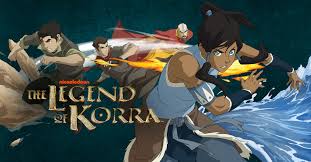 This season Netflix is coming up with new animation series named Legend of Korra
which is one of the highest watched anime series around the world. With all 4 seasons,
the cartoon series is released on 14th August 2020. The point of reminder is that it
would not be a worldwide release but a selective release. The series is finally released
for binge watch on the digital app platform.

It is the successor to Avatar : The Last Airbender which ran from 2005 to 2008. After
it’s TV commercial success we can finally see it on Netflix after it was able to buy the
streaming rights as wished.

Earlier on 22 July 2020 Netflix Queue official Twitter made a formal announcement
about the coming of the famous animation series in the to be released soon list of
Netflix. From that very day the anime fans community were talking about watching all
four seasons on one medium.

If any Netflix user is outside USA he or she may feel disappointed as there is no
worldwide release while for UK subscribers all four seasons are released on Amazon
Prime Video.

Plot Summary Of Legend Of Korra

This series takes place almost 70 years after the previous Avatar series. The story plot
talks about the marvelous adventures of Avatar after Aang who is a fearless yet rebel
nature tribal teenage girl whose tribe name is Southern Water Tribe which is named
after Korra. She has three elements- water, earth, and fire as of now and wishes to
achieve the last element – air. If she does it then she will become a master.

Her search leads her to the center place of Avatar- Republic City where new
encounters are brought in front of her and how she deals with them with a hidden
lesson weaves the story further. Can she face the anti-bending revolution which is
putting danger to the city already tiffed with a crime ? Under Aang’s son Tenzin she
begins her training just to achieve new experience.