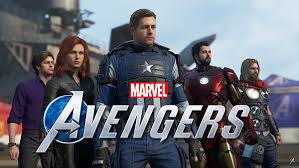 Marvel Avengers game is all set to release and yes, it is also releasing for PC. Most of the game lovers and PC owners might be thinking, what are the special specs they need for this game on PC? Well, all you will need is SSD.

Till date people thought that this game has been too demanding and a lot would be expected from a PC. But thankfully, the required specs have been revealed today. Here’s what your PC should have to be a deserving candidate for Marvel Avengers.

Even though the game would work with the minimum specs list, if you are looking for a larger than life experience then you should follow the recommended specs.

Marvel Avengers will be available for PC, PS4, Google Stadia, XBox One. The release date of the game has been finalized as 4th September, 2020.  If you are a gaming geek and would get satisfied even with the beta version of the same then you have to remember these dates if you preorder on Steam. The dates are from 14th August to 16th August and then from 21st August to 23rd August.

If you are having a good PC with a decent monitor and mouse and if you want to have a mind boggling experience with this new game then you may even think of customizing the mouse or investing in a good gaming monitor. A lot can be accomplished if you get the SSD because it will help in making the game feel great.

Do you look forward to get the Marvel Avengers game for your PC? Well, go ahead as there’s not too much you need to change.