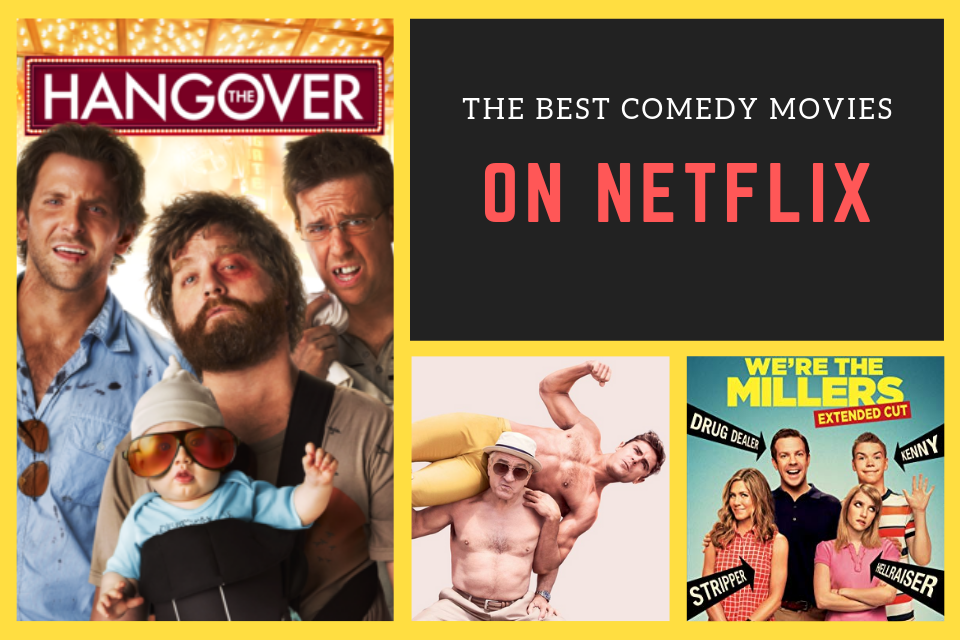 The world is getting rid of laughter part in their life due to already going on coronavirus
pandemic about which we do not know as to when it will end and above that we are so occupied with all-around negativity and boredom that maybe we do not wish to laugh even during binge-watching. So we decided to help you out have a “big laugh”. So check out this especially

5 selected awesome comedies on Netflix and get ready for a laughter ride right now.

It is important to mention that Netflix has become a classic digital platform thanks to it’s freshly curated comedies ranging from all-time romantic-comedies, parody, sitcoms or even black comedy.We regularly provide a classic lineup of Netflix shows in every genre like crime, tragedy, romance, comedy, etc. For now, enjoy this awesome comedies list and enjoy your laughter session on Netflix.

The cult-classic parody movie is a combo of box office disaster movies Hero Hour (1957) and Airports film series. This amazing laughter piece is an all-time watch presented by Zucker Bros and Jim Abrahams. The plot revolves around an ex-flight pilot Ted Striker ( played by Robert Hays) who is able to win over his traumatic state to perfectly land the commercial flight while the whole crew and many passengers fall prey to food poisoning. It’s best to watch it anytime and surely you would watch it again and again. Star Cast – Robert Hays, Julie Hagarty, Peter Graves, Leslie Neilsen, Llyod Bridges and others.

Released in the year 1982 this crackling comedy talks about the famous character of Dustin
Huffman who finds success only by playing a woman character named Dorothy Micheals in a daily soap opera. It shows the sexual harassment a woman faces in the acting industry behind the camera. In a comic it shows the serious issue of gender bias and misogyny. Watch something serious with a message of laughter way. Star Cast- Dustin Hoffman, Jessica Lange, Teri Garr, Dabney Coleman, Bill Murray etc,

In this corona pandemic, you must be missing the baseball season. If you can enjoy the fast
game with a tinch of comedy then this one is for you. Morris Buttermaker portrayed by Walter Matthau is an alcoholic and rude minor player league. He coaches a mediocre yet a kiddish team of kids in Little league. Their playing gags and close encounters is set to make you laugh. Do watch and enjoy the comedy version of baseball.
Star Cast – Walter Matthau, Tatum O’Neal, Vic Morrow, Chris Barnes, and others.

One of the best comedies of the year, this Christmas based gem movie is yet to make you smile and laugh in a very typical way. The Elf- Buddy will make you laugh in every sense through his acts as he meets his natural father Walter. But he is the way of singing is the main laughter part which is terrible for the family but “Haha !” for us. Do watch and bask it in the laughter season of Christmas as never seen before.
Star Cast – Will Ferell, James Caan, Bob Newheart, Ed Asner, and others.

The funny yet loving chemistry of Ali Wong and Randall Park is yet to make us go into
wonderland as the childhood friends share the love and hate bond that too in a comic way.
Sasha becomes a chef with success but Randall is in the past due to the sudden death of his mother. Will they come together? find out in an unimaginable comic way. This will make you saw wow as you saw a sad concept in a comic way.
Star Cast- Ali Wong, Randall Park, Keanu Reeves, James Saito, Vivian Bang