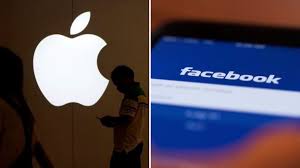 Apple is differing from other tech giants like Microsoft and Google also on issues of gaming. Apple App Store policies recently denied the cloud gaming of Microsoft and Google. After that, it was Epic Games which Apple was engaged in a battle with. Apple App Store just removed the game “Fortnite” of Epic Games Company. The game maker company sharply attacked Apple on the issue and filed a lawsuit against them.

Amid all this Facebook had requested to cut the commission rate of Apple App Store on paid social media events, as Facebook doesn’t take any charge from their users for those online programs.

Facebook Vice President Fidji Simo informed that they requested the App Store to at least decrease the tax by 30 percent, keeping the pandemic situation and economic crisis in mind. But App Store didn’t agree.

Facebook has started the paid events features for its users from entertainment, education, or other fields. As the current circumstances don’t allow gatherings, they can use this feature to host events online and gain profits. People are widely using this feature for various purposes from yoga lessons to singing classes.

Facebook doesn’t charge anything from the users for these online activities but App Store deducts 30 percent as tax. Apple has claimed it to be necessary for ensuring users’ security and maintaining the App Store functions properly. But Facebook is unsatisfied with being unable to pay a hundred percent revenue to its users.