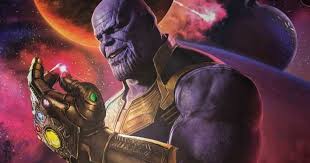 Most of the projects are delayed these days in the movie world and the credit for this goes to the widespread pandemic.  There are around 20 films or more which have been postponed for a release. Hence, people have a lot of time to analyze to rethink and to come up to a second judgment. Well, the same happened with Avengers: Endgame and also with Infinity War.

At the first look these movies felt like the awesome and the never before seen plot. Thanos also received applause as one of the best villains of those times. Now, when we look back to those movies, it seems does it really make sense? Like, the plot was that, he lived in a planet called as Titan and the planet was getting a lot of problems and faced destruction issues because of over population. So, Thanos represented an idea of getting rid of half of the population. But his idea was not approved and the planet Titan was completely destroyed.

Now, in the verge to save the universe, Thanos thought why not get rid of half of the population of the universe with the help of six infinity stones. Well, he got ahead with that plan. But now, when the pandemic situation and lockdown began a few months back, people seem to have started rethinking over the whole plot and many of them found it really silly. In fact, the sillier was that Thanos destroyed the infinity stones too.

On Reddit and on Twitter there were posts of the fans who wrote a lot about Thanos character and that how the plan did not make any sense. To this, the makers of the film also agreed in one of the posts. However, they said that Thanos had Messianic styles and feel and that he wanted to show people that his way was right. So, this was his perspective.

In brief, pandemic times are the best times to analyze things and come down to conclusions