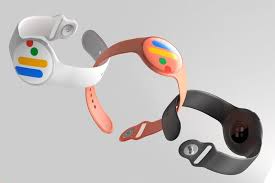 The smartwatch lovers can dream of getting the most awaited Google pixel smartwatch anytime now as the concept images are recently revealed. According to its designer James Tsai, it is a watch that is far developed from the plastic feel of the products that were available earlier.

Till now Apple’s smartwatch is unstoppable in the market with its newest addition Apple Watch 6. Samsung also reached to a position in the market with the latest Galaxy Watch 3. Google has ordered Samsung to make a huge amount of chips that can sensor body movement.

Apart from the images, Google has also revealed style names for each color of the upcoming Pixel 5. That is- ‘sweet papaya’, ‘milk-white’, and ‘boba black’. The designer was inspired by “Made By Google” devices to create this different smartwatch designs.

He wrote, “The pixel watch has a circular exhibit with a soft-touch zone generating a flat tangible finish”. One can get a variety of matte and glossy materials added with a creamy and sleek feel in those smartwatches.

When its Always-On mode is on, the matte glass screen will match the wrist bands’ color all the time. Here the customers may have a complaint that the watch face is built with a strap, which they cannot customize. Selling the smartwatch straps directly to the customers as Apple does, would not be possible for Google.

The Google Assistant is situated in front and center of the watch with room for Wear OS key features such as Google Fit, Google Maps. Google’s motion sensors will allow the physical actions of the operator such as making a fist or lifting fingers to select apps. Google Assistant can activate these gestures and this will depend on which wrist the user will wear it.

These playful and colorful smartwatches have attracted the users already. We can hope the pixel watch will soon be available