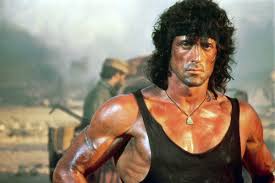 Rocky which firstly released in 1976 set off the mark for Slyvester in Hollywood and he became the classic actor during the times when fellow actors like Al Pacino and Tom Hanks were rising to the top. Since then he has acted in both successful spin-offs, prequels and sequels.

After Creed II he has finally retired as Rocky Balboa leaving the boxing ring for good enough as even actors like Jackie Chan retired as Lei in the dragon series. They are always evergreen but off the reel they are humans too with which time has to go.

Same is going to happen with the character of John Rambo who is the Vietnam war retired soldier who is not getting respect instead faces furore by the public in the first part- First Blood which released in 1987. The pain of this soldier who always did duty for the nation unconditionally is a rare thing to watch.

Showing different shades from releasing prioner soldiers, human trafficking, religion conversion wars, nationalism and family values separately in every part (only if you love jingoism of USA) then you will love Slyvester.

Coming to the Blue-ray version extras, then you are surely to get a scene where the old weared man who is rolling on the rocking chair and waiting for the death probably but Extras is coming up with five chapters and the last chapter “Nothing is Over” tells us that he is going off on a horse towards the Western Shane maybe to die or not that is not clear but as history says maybe after few years Slyvester will return for sure or it will be the end.