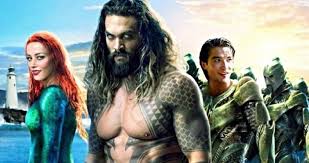 The upcoming sequel of the Aquaman series will be a ‘little bit more’ horrifying. James Wan, the director of Aquaman 2, has just indicated that. According to him, it is natural for this kind of movie to generate scary feelings among the audience.

In reply to one of the fans’ questions, Wan said that the first movie had a touch of horror sensibility regarding the Trench sequence. The second one too will see a little more horror. Wan added that it is nothing unnatural for these kinds of films, especially in a story like Aquaman where the scenes are going to take place in the underwater world which is itself horrifying.

The director explained more that horror is quite like his own genre and he tries to inject scary feelings in such movies. Wan was known as a horror movie director mainly, before taking franchise of the Aquaman series.

The original Aquaman’s Trench has the characters, Arthur and Mera, on a boat which is attacked by ocean-dwellers. From there on, the thrill and suspense rise, finally taking its route to the horror described by Wan.

The scenes of ocean-dwellers trying to drag the vessel down to the depths of Mariana Trench became remarkable. If the sequel enters into more horrible scenes, it will be interesting indeed.

Nothing has been announced officially yet but the buzz is that Peter Safran will be co-producing the upcoming project of Aquaman with James Wan. At present, Aquaman 2 has been scheduled to be premiered on 16th December of 2022.

The fans are keenly waiting for the new surprise by the ace film maker.