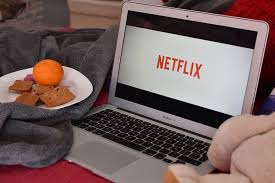 The new shuffle button is being tested for Netflix. If you are a Netflix user then you might have noticed that just recently there has been a new Shuffle button which is seen on the screen.  It is understood that often when people have a lot of choices, there would be a dilemma that what option to choose. So, it is vital that let Netflix do something for you.

Using the shuffle button and then pressing play something for me, will use the past history of what you had seen and then something might come up. Like, if you had watched Spiderman movie initially then may be an episode of another super hero series would start for you. Well, this means that, the shuffle button and the play something options really make sense and they know what you would like.

There are only a few places where these testing would be going on. This is because, if the tests would make sense and they are really useful to many people then the features would be rolled out on a higher scale and to more people till it would reach everyone.

The shuffle button is also best for the people who have an indecisive nature as in what should I watch today? Would I like this or should I go ahead with that. When such people get the option Shuffle Play, it will really become an important solution. This will remove their confusion as to what to watch and what not to watch.

This is not the first time Netflix has been using this feature. In fact, last year in April too this feature was tested and yes, at that time too people were able to watch the random episodes. It is good that Netflix is anyway trying to get in touch with the users pretty well and giving them the ease to work upon things well.