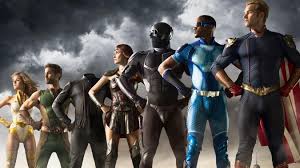 The Boys Season 1 was a good watch for its season 1. However, the superheroes in the first season were made to be awful people. But it seems that season 2 will have a very different storyline. In the first season the super hero would give away everything and perhaps this was the reason why he would want to give up even his loved ones to get through the motive.

But the plot of season 2 will be much different and it would have a more human touch.  In season 2 also there would be a few members from the cast of season 1. Initially there were speculations as in when will the next season of the show come up. Well, as of now, it has been confirmed that the season 2 will come with three episodes of the show on September 4th, 2020 which is a Friday. Then every week there will be one episode on Amazon Prime Video.

So, are you ready to accept The Boys as a bit different thing now? If yes, then you will have to know what really the better plot is. The Boys got a good applaud in its first season and so now we have to wait and watch that what it has for the second season. So, are you ready for September 4th, 2020? Well, you will get to see three episodes on this day and its really going to be special.