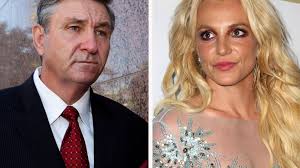 Britney Spears has now sought help from the court to reduce her own father’s control over her. The pop star of 38 years finds it problematic that her father has a stronghold on her life and career for 12 long years and has no other option she has appealed the court to instruct him on that. Britney’s lawyer has filed papers regarding this in the court. The conservatorship is ready to come to an end on August 22, as per the papers.

From the year 2008 to the year 2019, Britney’s father James Spears was the conservator of her person. With that power, he took almost all the major decisions of her life during that time period. Currently, he is quite inactive because of his health problems. Using this opportunity Britney wants the court to direct her father James Spears not to return to the role again.

James has kept a different role as a conservator of the finances of his superstar daughter. An attorney named Andrew M. Wallet had been appointed as co-conservator for Britney for first 11 years. After that, as the attorney resigned, James became the one and only conservator for his daughter’s money, career, and life. Now Britney wants to stop this from happening once again at any cost, she stated. An email has been sent to James’ attorney seeking statement on the issue which is still unanswered.

Britney now wants Jodi Montgomery to become the permanent conservator of her person. Jodi is serving as the same temporarily in the absence of James. Britney said Jodi rescued her from worse financial and personal conditions.

The pop sensation was last seen in a live performance in the year 2018 and she hasn’t yet revealed of any plan to perform soon. Her fans are keenly waiting for her comeback and they have crossed their fingers for the same.