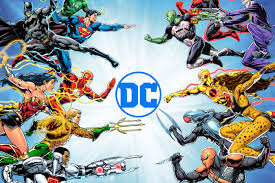 A piece of important news for DC fans to note down. FC FanDome event is set to be divided. Now there will be two events taking place in the month of September. Along with the San Diego Comic-Con this year Diamond Comics (DC) has also taken the decision to hold their own virtual meet event in order to promote their line up of yet to release projects. DC FanDome is already hyped as a popular crowd gathering event in which DC associated movies, comics ,video games and TV shows are casted. People wait for them eagerly as they are childhood fans of the brand. A couple of star list of guests are also invited and this time the undisclosed list is to be seen.

The date of the DC FanDome event is closing near and the more participation buzz is generating the more optimistic the production house team is towards the outcome of the event.

It is to be noted that last week the official schedule of the event was released in public domain. It mentioned when the fans could be able to check out the show panels mentioning  Justice League’s Snyders Cut, The Suicide Squad and other major shows.

Due to the massive overcrowding prospect along with the current corona pandemic the DC FanDome has decided not to go with the 24 hour long almost a marathon event but instead wittingly splitting the main event into two parts.

DC has announced the first event as DC FanDome : Hall Of Heroes which will take place on Saturday (22nd August) and another one is DC FanDome : Explore the Multiverse will be on Saturday (12th September). The show panel includes FanDome’s YouVerse, WatchVerse, InsiderVerse, FunVerse and DC Kids FanDome which have been transferred to the September slot instead of August.