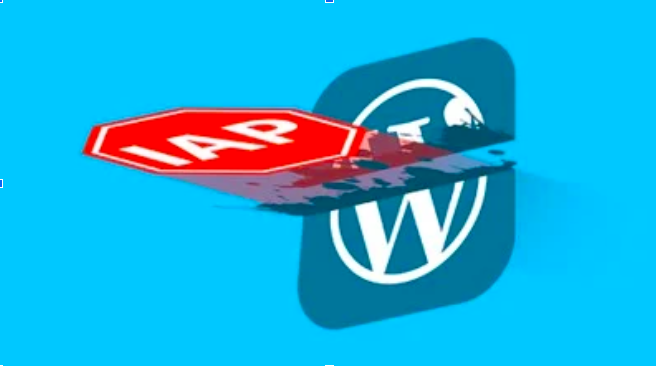 We are already seeing Epic vs Apple row which has turned into a legal matter and amidst that WordPress made a sensational yet substantial allegation against Apple Inc of cutting off app updates of its free app. It had forcefully led WordPress to monetise it’s totally free app by selling premium plans and custom domain names.

WordPress Matt Wullenwerg took to online media to put the charge of this immoral tech business practice of cutting it’s app’s free updates just because the company refused to follow the method of Apple. Now It started in a backlash from the tech consumer community which raised on social media against the tech giant. With already one case on it’s a corner, Apple did not take it lightly and got into serious mode, and this Saturday afternoon offered an apology on record, which is a rare thing to see happen.

In its an apology, a humble Apple clearly mentions that WordPress will no longer need to add in-app purchases to its free app service, and everything is done. The company said in an official statement which says that since the developers (WordPress) have removed the display of their service payment options from the app and now this app is free as before. They have informed the developer team and apologised for any confusion caused in this case.

Apple’s statement mentioning WordPress (the developer) removed display their service payment option from the app is an action not taken today but an already taken action by them weeks or months ago. For this only WordPress had confronted Apple maybe following Epic Games’ stand against the tech giant.

It’s on record that WordPress app did not sell single stuff, and no mention of a paid WordPress plan was there, but there were paid plans in tabs to buy, but it could not be bought. Matt has alleged that Apple pressured him to add in-app purchases (IAP). For now, WordPress has defeated Apple in a small yet major tech fight.