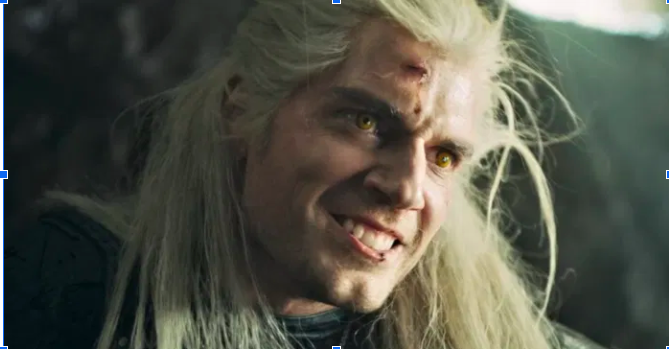 The Witcher season 2 is coming back on Netflix as the filming has finally resumed after much delaying due to the ongoing coronavirus pandemic. Now actor Henry Cavill has shared the first look of this season. He is looking stained with blood and muddy look. He shared a photo on his official Instagram page. He can be seen sitting in a chair in his make-up room with his famous white-haired wig which is an internal element of his character look. That’s how he looks before getting into the character Geralt, the Witcher.

It is to be noted that the first season of the Witch takes place as Geralt’s character played by Henry Cavill plays the monster hunter who is struggling to find his place in the dark fantasy world where people are proving themselves to be more monstrous than the beasts themselves.

The series is based on the fictional medieval period fantasy novel “The Continent”, The Witcher gives us the inside look in Geralt’s journey which is adjoined with princess Ciri who are interlinked due to the fate of destiny which is the central theme of the story. The first season is a non-linear story plot and deals with the story of three main central characters who are at different points of the timeline and are trying to explore formative events that have shaped their characters so far before they could merge into a single timeline.

Season 2 coming on Netflix will follow up the storyline with both Cavill’s character which will be tougher and war-prone. Along with Henry Cavill fans would be able to see new cast line up with Anya Halotra as Yennefer, Freya Allan again as Ciri and Joey Jaskier. Several other new characters in pivotal roles would be adding to the exciting and deep star line up.

As filming of the season 2 is resumed director Stephen Surjik has cleared that the season has returned to the valley of plenty after os delay. With new cast and deep character line up The Witcher 2 season 2 is set to take fans further on this dark fantasy world journey on Netflix in summer 2021.