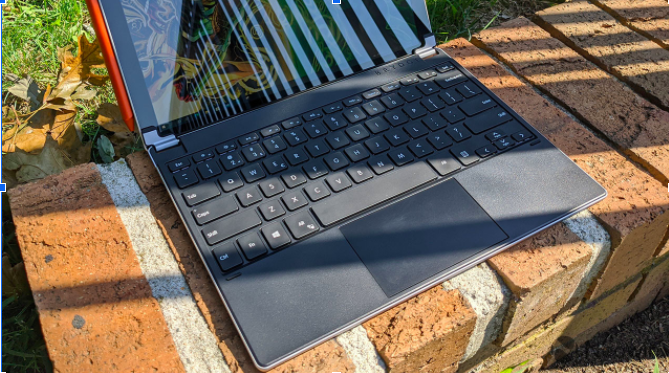 Renowned keyboard accessories maker for iPads and other gadgets, Brydge has brought a new line of it’s Windows 10 only accessories. It includes two new Thinline keyboards for the Surface Pro and Surface Go laptops which are Microsoft laptops. It will help to turn your Surface PC device into a full-time clamshell laptop. After rigorous and standard hardware testing both models for quite weeks with Surface Go 2 and Surface Pro 5, the company has given it’s a product a thumbs up. If you are planning a new keyboard for your Surface, the then try Brydge’s new laptop for sure.\

While using the keyboard, the functionality aspect is similar to the Apple iPad version, which Brydge has been boasting about in the tech hardware market. Its hinges are stiff as usual so that the tablet PC does not move or fall sideways when you touch it to operate or put it on an unstable platform or even use it while travelling, let’s say a train. Now you can open and close it just like your normal and standard laptop used in daily life and carry it in a bag to take it anywhere.

Brydge already had a previous keyboard for the Surface Pro. Still, this new model is a step further with it’s redesigned model in which more than 70 per cent larger trackpad is available, and native multi-touch control allows to do operate on Windows 10 UI. It’s plus advantage includes Bluetooth connectivity plus a plastic deck while the bottom of the keyboard is still metal. Its weight is 70 grams less. The 10.5 Go Plus model is the first one for the Surface Go.

It is priced around $240 including taxes and it’s stability platform for Surface users with its metal basses, dual plastic decks and thick rubber-coated feet on the bottom makes it an ideal option to buy.