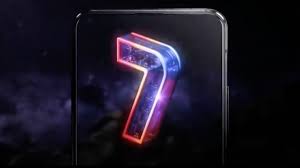 There are only hours left before ASUS Zenfone 7 series smartphones will hit the market. But there are leaks already that have revealed the looks of an upcoming model. There is an indication of the flip-up camera to return which was the specialty of ASUS ZenFone 6 that was launched last year. The flip camera is intended to make the front side of the phone totally clean.

The flip-up model on the back of the phone actually has three cameras. The images that have been leaked show that there might be no fingerprint sensor or something like that. There is less chance of having any mechanism for face recognition too. And these things broadens the chances for ASUS ZenFone 7 to have an OLED display.

It is being highly assumed that Zenfone 7 will support 5G, as it will use the Qualcomm Snapdragon 865.

Apart from that, a variant of the series will have a RAM of 8GB and internal storage capacity of 128GB. The flip-up triple camera feature will have one of 64MP and the other two of 12MP and 8MP. 48MP main sensor and 13MP ultrawide were the specification of the previous model. So it is expected that the extra lens will be a telephoto one.

The screen will be of 6.67 inches, obviously with full high definition plus display. On 26th August, there will be a virtual event from Taiwan at a local time of 2p.m. to announce this new ASUS ZenFone 7 model and other models of the series. YouTube live streaming will be available.

The company has hefty plans for the future too. The users always wish for the best traits in its products and the company always fulfills the dreams of its universal users. The new gadget will come with new hopes and the users will surely love this product by the tech firm. There are big hopes from the same.