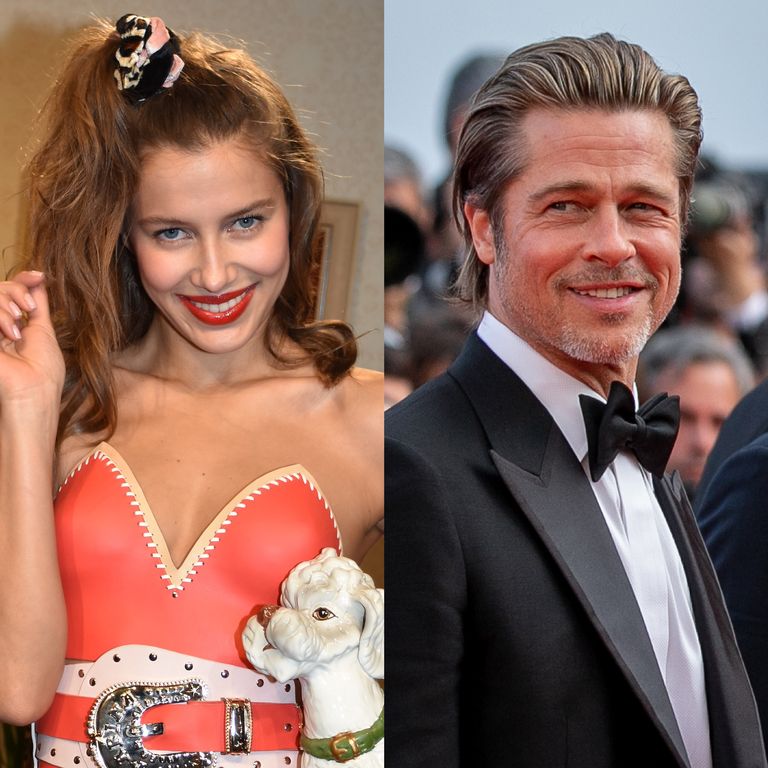 Brad Pitt is hitting the headlines more often now. His divorce battle with Angelina Jolie is in the news for quite some days now. Besides, recently there is buzz about him getting closer to his ex wife Jennifer Aniston. They are being seen with each other frequently at the present time. Amid all this, the “Once Upon A Time In Hollywood” actor is making a trip to the South of France. The companion he has on this private trip is in talks. It’s Nicole Poturalski, the hot German model.

Sources claim that they took a private plane to the South of France, dressed in casuals and covering faces as per the new norms.

There have been rumors about Brad and Jennifer come closer, but after he flew off to the South of France with the 27 year old model, it is being believed that he is dating Nicole. In November 2019, Brad and Nicole were seen sitting together in the VIP box in the Hollywood Bowl performance of Kanye West. A photograph came out and the agency claimed that the two were touching each other’s fingers’ and talking.

An insider informed that they are seeing each other and enjoying their vacation in France. After separation reports with Angelina Jolie, this is the first official girlfriend of Pitt. He was being linked with Jennifer, actress Alia Shawkat and other women.

Brad Pitt has not made this relationship with the German model public until this holiday trip. Earlier, in more than one media talks he had denied all the rumors, saying that the media is linking him with more than one names but he is single.

But nothing is clear as of now. Let’s wait and watch for an official announcement about the relationship between the two. The fans have crossed fingers to know the actual truth.