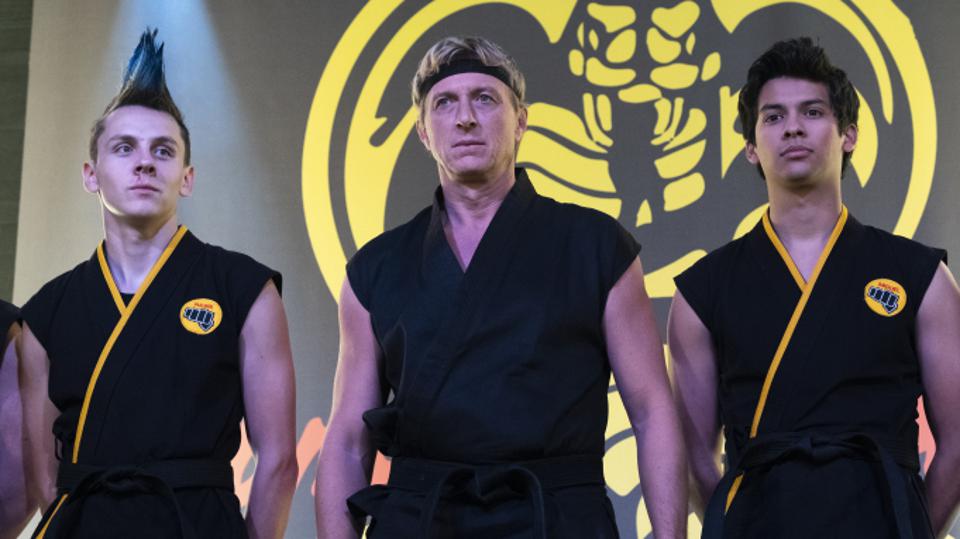 Cobra Kai is coming with its season 3 on Netflix. The trailer of the original series is already released and fans are expecting to watch the American comedy drama sequel.

William Zabka is returning in the next series as Johnny Lawrence along with Ralph Macchio who is playing the role of Daniel LaRusso. Netflix’s new trailer shows Daniel and Mr. Miyagi to train together and suddenly the first one is being tossed to the ground by an unknown invader. The scene is from The Karate Kid Part 2.

It seems like Chozen, the villain from the second season will be introduced again in the upcoming series. The new promo consists of some glimpses from season 3 along with some scenes from season one and two. Fans are already going crazy for the series. The first two series of ‘Cobra Kai’ were released on the most popular social networking channel, YouTube Red in the year 2018, which is now known as YouTube Premium.

After two series were out, the site understood that originals are not their priority and then Netflix took the chance to grab the series. The streaming site is now branding it as their original, buying the whole series along with the streaming rights.

Netflix is expecting a lot from the series. Cobra Kai is a short span series with ten episodes of 30 minutes each. At this time, season one, as well as season two of the series, are streaming on the site and the new one will be released in the year 2021.

Though two seasons were released earlier on YouTube, they turned out to be the most watched series in the US at the moment. Besides this after getting a great number of viewers for the trailer, the site is expecting that the new series will remain on top 10 lists of original series.