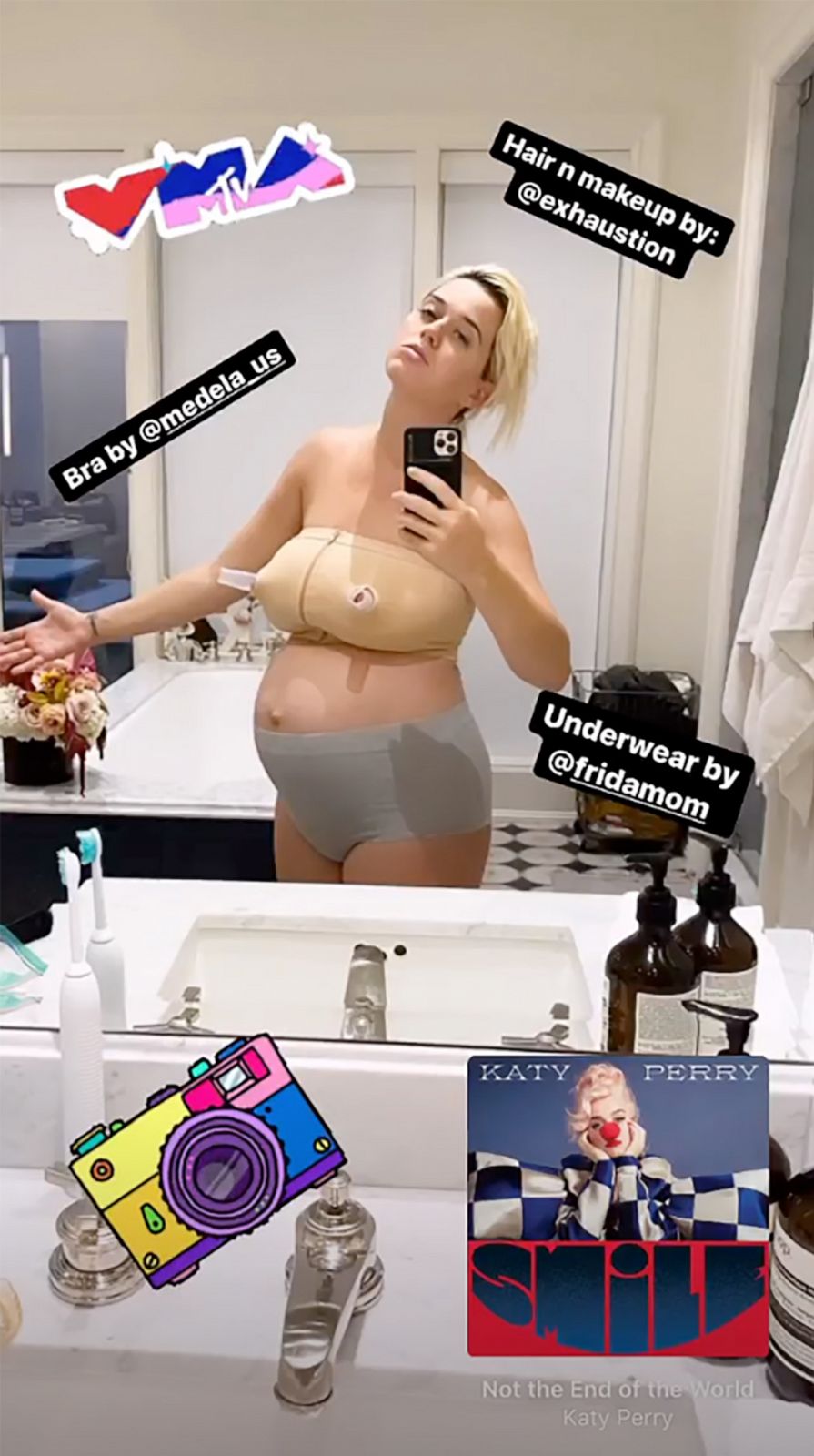 Singer Katy Perry, who has just given birth to a baby girl, has made fan of herself on social media while VMA of MTV was going on. The singer is the former host of the VMA. As she couldn’t turn up this year, she decided to create some fun at home. The ‘Smile’ singer shared a selfie on IG sporting a nursing bra with high-waisted underclothing. She mentioned where the inner wears were from. She also funnily added that her makeup and hair were done by “@exhaustion.”

Katy Perry was nominated for her music video named ‘Harleys In Hawaii’ in the cinematography category but she couldn’t receive the award. The pop star has given birth to her first child with Orlando Bloom on 26th August. The baby girl is named Daisy Dove Bloom. But Katy kept her professional life uninterrupted.

On the next day of becoming a mommy, Perry launched the album ‘Smile’, which is her fifth studio album. A music video for the track ‘Champagne Problems’ was also rolled out by the ace singer on Sunday. She shared an innovative post on her Insta handle while promoting the new song there. She captioned the music video to get a pre-baby body back, listening to this soundtrack is a must.

She has explained that this song reveals her intense struggle in relationship with Bloom. They split in the year 2017 and then reunited again. This is the story of the song. She mentioned that real relationships can never be defeated by problems and challenges. Earlier when Katy shared the arrival of her baby with fans on Insta, she posted a beautiful picture of two hands holding a tiny hand. With that, she wrote a long note too, expressing the feelings of parenthood that she and Bloom are going through.

We wish her luck for her future projects.