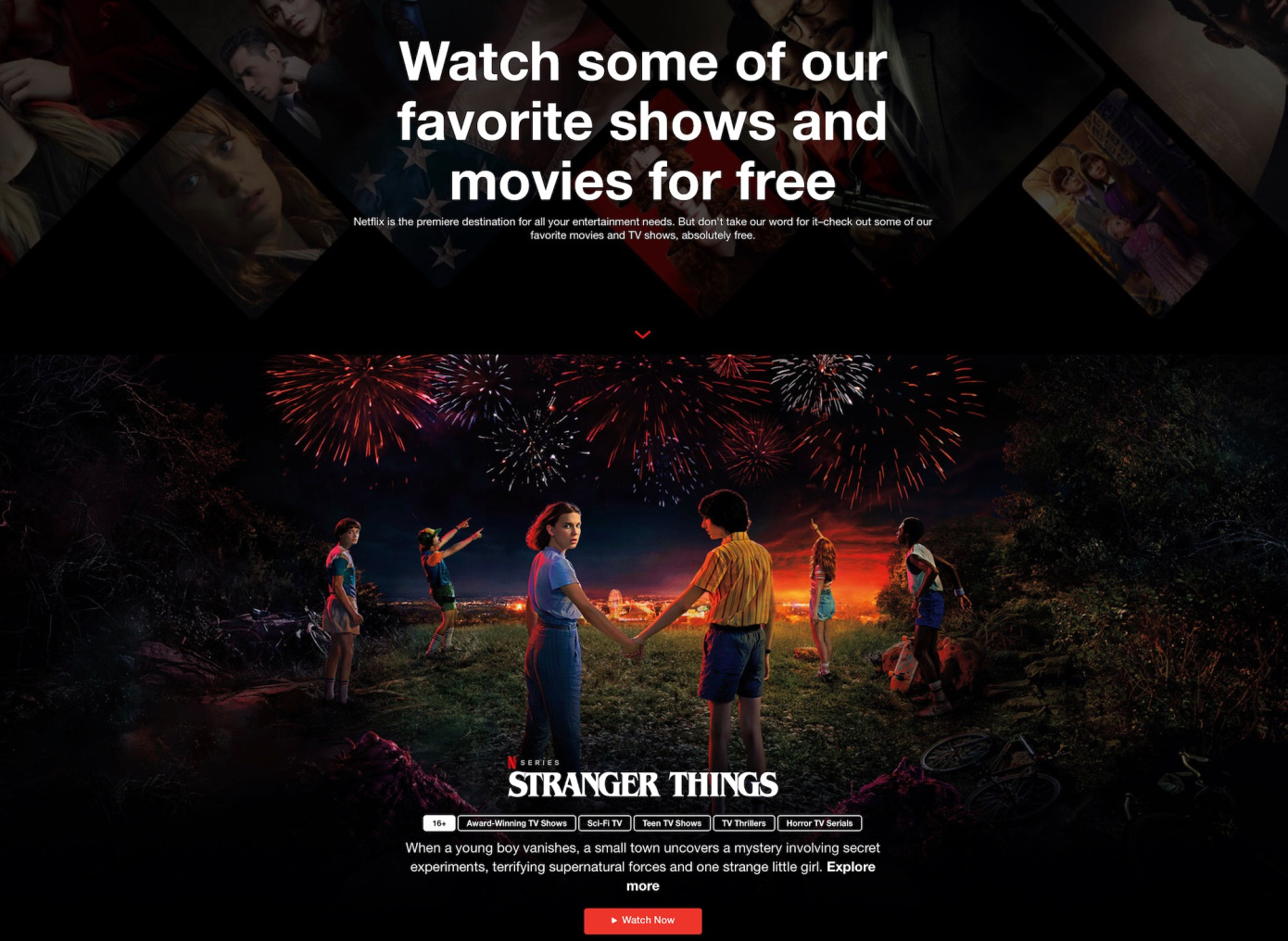 Netflix comes with a new business strategy. Several original series, shows, and movies can be watched for free on the streaming site. As it is a marketing plan of the streaming giant, it only allows the viewers to watch the first episode of the series for free. For watching Netflix originals, the site will ask to subscribe to go ahead. Only the full movies can be seen on the platform.

Earlier the web platform made a few experiments to catch more subscribers. Last year the first episode of ‘Bard of Blood’ was offered for free in India. For users in the USA, “To All the Boys I’ve Loved Before” was free to watch. But it is the first time they are offering so many free movies along with shows and originals worldwide. Before Netflix, the same strategy was taken by YouTube for its original series.

To avail the special option of free experience on Netflix, there is no need to create an account. This free access can be availed in mobiles for android users, but iOS users can’t get it in phones. The facility will be available on Windows PCs or Macs. At first, a 30 seconds ad will come, but it can be skipped.

It is not known how long the offer will be continued by the site. Shows like ‘Murder Mystery’, ‘Bird Box’, ‘Stranger Things’, ‘Our Planet’, ‘When They See Us’, ‘Grace and Frankie’, ‘Elite’, ‘The Two Popes’, ‘Boss Baby: Back in Business’, ‘Love is Blind’ can be watched now by the non-subscribers.

While talking about the Indian zone, the streaming firm has run quite a lot of experiments in the nation, one of the major entertainment zones in the Asian market. It has explored making the service accessible for a few cents for the initial month for novel users, and is presently checking out several cheap plans.