Last Chance For US To Rescue Covid-19 Stimulus Deal

Last Chance For US To Rescue Covid-19 Stimulus Deal 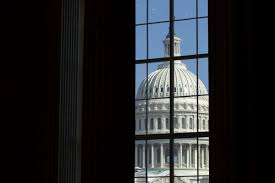 Steven Mnuchin, Treasury Secretary, stated that the US President and Congress negotiated terms and finally agreed to the Covid-19 Stimulus Deal. The stimulus package is much needed for the current situation.

Though there are no such serious negotiations, however, a relief bill is being prepared before the November election.

The White House was back on Monday and was also welcomed by Speaker Nancy Pelosi. But the House is not likely to boost the decision in any way.

Both the party, Democratic and Republican is planning to apply a new strategy. But if the system fails to provide aid to the millions of needy households and companies, it might anger the voters.

Now some unfavorable situations can lead to break the deadlock. Those are:

Donald Trump trying to apply a different technique to being alarmed by poll numbers. A recent rise in the economic indicators. And Pelosi or Mitch McConnell facing a revolt.

Mitch McConnell also gave an opportunity to the moderates to vote for the stimulus bill in favor of the Republican.

“I wish I could tell you we’re going to get another package,” McConnell said during a visit to a Kentucky hospital on Friday. “But it doesn’t look that good right now.”

On the other hand, poll numbers in the House is in favor of Pelosi in November.

“I’m optimistic. I do think we should have an agreement. That’s what we all want,” Pelosi said.

deepak yadav - Modified date: Monday, 28 September 2020, 05:51 EDT
0
It is hard to describe how much difference does a good keyboard makes. If you are a gamer, you will know how much of...

Tired of Spotify? Explore these alternatives!