Leonardo Amaral, An Amateur Astronomer Discovers A Dangerous Asteroid Just Before It Flew Past Earth 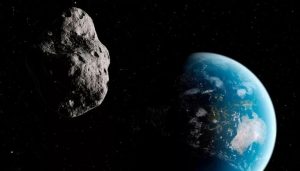 Leonardo Amaral, an amateur astronomer, discovered a potentially dangerous asteroid just before it flew past our planet Earth on 10 September. Amaral spotted the Asteroid 2020 QU6 at the Campo dos Amarais observatory in Brazil, on 27 August.

If the asteroid has collided with Earth, it would have caused massive destruction to the planet. But luckily, it flew past the Earth at a distance of about 40 million kilometers. Or you can say more than 100 times the distance between the Earth and the moon. 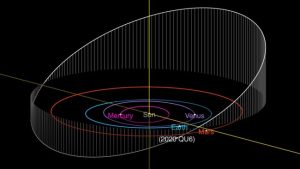 Casey Dreier, the chief advocate and senior space policy adviser for The Planetary Society, said, “This discovery reminds us that even though we’ve found most large NEOs [Near-Earth Objects], we haven’t found all of them.”

“We must continue to support ground-based astronomers and invest in new space-based capabilities like NEOSM [Near-Earth Objects Surveillance Mission] to protect Earth now and in the future.”

US Congress Assigns Task To NASA

The US Congress assigned a task to NASA for detecting at least 90% of asteroids that are 140 meters or bigger by 2020. As per reports from NASA, it has found 40% of it, and it might take 30 more years to detect the rest. Also, the major asteroid-hunting projects are based in the northern hemisphere. This states that threats are more likely to come from the southern hemisphere.

“In the news, we hear more and more frequently about asteroid discoveries primarily because we are getting better at finding and tracking near-Earth asteroids,” said Planetary Society Chief Scientist Bruce Betts in a statement. “There aren’t suddenly more asteroids; we’re just getting better at seeing them.”