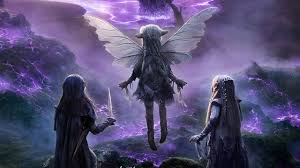 Netflix, this Monday confirmed that there will be no second season for The Dark Crystal: Age of Resistance. At this point the makers feel that they would not want to come up with the second season. As far as concluding the saga is concerned, in future they will look forward to tell the story in some different way. The series won Emmys for the best Children Program.

Jim Henson Company is quite popular for their creativity and the storytelling ability. Even Netflix feels that the innovation and the excellence that this company provides, makes it stand ahead. Thus both Netflix and Jim Henson Company have mutual admiration for one another.

The company knows that it is quite ahead in many things including production and gaining the audience. The company is proud of Age of Resistance. They are quite happy because they got Emmys for that. They promise that in future too they will do such good work.

Voice Cast for this included:

This was a perfect treat for the fans as they really loved the show. Those who were fans also love the fact that Dark Crystal received the award.

Overall the team was just awesome for sure in every way!