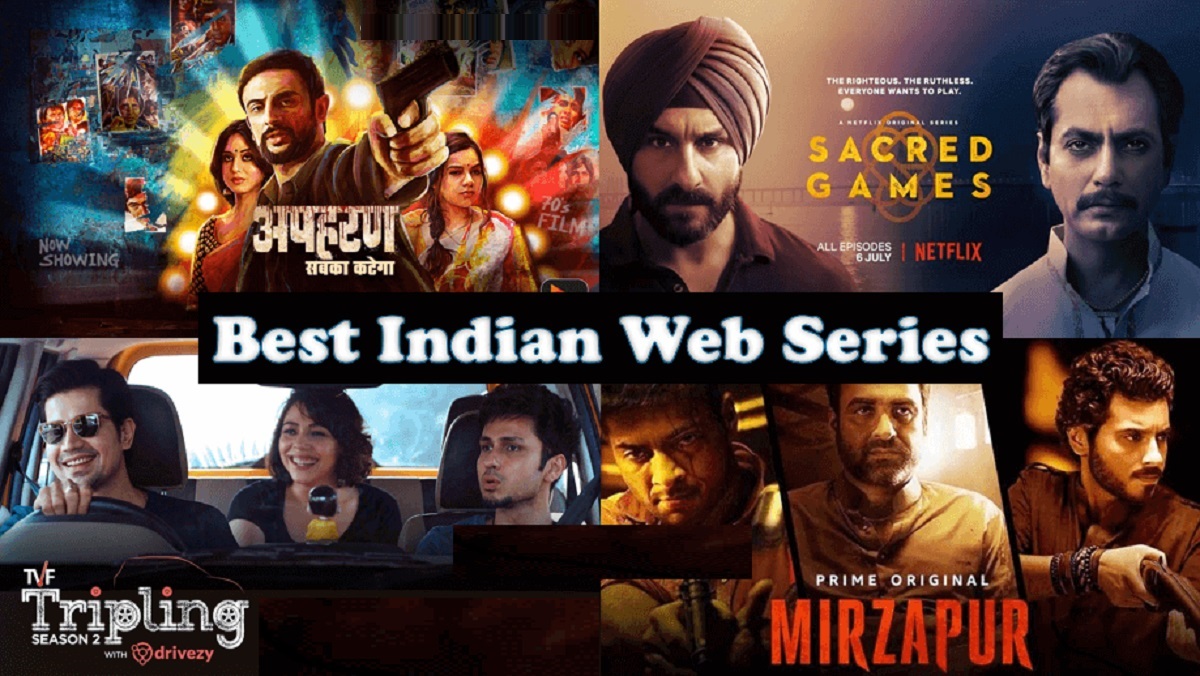 When people used to watch television for entertainment nowadays that place has been taken by web series available on the internet and the best part is that you can watch it anytime and anywhere with a digital medium being so relevant today an Amazon Prime being one of the best here’s our picks for the top 5 original series on Amazon Prime that you can watch right now.

All the characters of ‘Mirzapur’ are so mysterious that you have no idea where, which way that are going to tip or at any given time. So when you are watching the mirzapur by the third episode you think, this character is going to do this in the next episode and you are totally wrong.

Don’t watch it together with the family, everyone needs to watch it separately

so the family man Shrikant Tiwari is a middle class man who also serves as a world-class spy he tries to balance his family responsibilities with those of a highly secretive special cell of the National Intelligence Agency.

Who’s trying to balance his work life responsibilities and you’re always getting this kind of pull at each other in the storyline so within the first few episodes you’re seeing as he tries to balance his family life which seems to be quite broken.

His wife is not liking what he’s doing or how he’s taken responsibility for the family at home and you see he’s dynamic with his kids which strained they think he’s kind of like a father that isn’t cool and do anything with his life in the meantime what he’s actually doing he’s doing this a really intense high-octane fieldwork which his wife knew he used to do and there’s this kind of this really kind of pool because this is the man he wants to be this is like his role and then the other side you’ve got him trying to be a father and this is balance the main story almost is just relationship between family and between that of his work colleagues and although that there is a main arc with the terrorists that are involved.

Panchayat is an 8-episode series on Amazon Prime. It’s been directed by Deepak Kumar Mishra and produced by TVF. Every episode is half hour Panchayat is the story of Abhishek Tripathi, played by Jitendra Kumar, a young graduate in New Delhi.

It is hilarious yet utterly true show. Each and everyone has given his or her best ever performances. Every episode deals with separate issues and each and every episode is crafted with utter nuance and perfection. Comedy is blended in such a way that it never feels like something overdone. Jitendra Kumar is as always subtle composed and brilliant. But Raghuvir yadav as Pradhanpati is exceptional and have to mention about Chandan Roy aka Vikas. Two of them are phenomenal. Neena Gupta is slightly a bit too polished as an uneducated yet straight forward Pradhan although she is very good in her part. It is a must watch. Perfect mixture of comedy, joy,sorrow, frustration and every emotion.

Deepak and Chandan Kumar who wrote the series, keep it authentic, most of it has been shot on location. The dialogue is keenly observant and terrific, keep and eye out for lauki.

One of the best series of Indian history.Freedom fighters sacrificed his /her self with the beautiful smile for independent India. Neta Ji Subhash Chandar bose play a big Role for our today freedom from british.

This story tell us how our soldiers survive her lives for us and give a Freedom to our Indian from british army, can’t even imagine that war for freedom for India. One of best series!! Every indian should watch this series because a Indian will know about our history how the army fight for us and now what we are doing. This series made everyone cry!.

Salute to INA which played incomparable role for independence.. & I think every one must watch it because it’s very necessary to know about history of india how they sacrificed their blood ,lives, life, & family too…

The first indian original series released in amazon prime “Inside Edge” is a fantastic web series by Amazon prime. It is the best Web series and is all about betting and match fixing. It shows the real life of cricketers- sex, drugs and scandals.

The Mumbai Mavericks are playing their sixth season in the power play league. The preliminary rounds are going well, but when the team gets a new owner, the climate in the team changed devastating. Greed and fame come to the fore.

Karan Anshuman has done a splendid job, topics like match fixing requires hell lot of a research and he has tried to cover most of the aspects related to it .

Among the cast , Angad Bedi as the Mavericks’ captain Arvind and Tanuj virwani as Vayu Raghvan are in top notch form , Richa Chada and Sayani Gupta are excellent. Siddhanth Chaturvedi as Prashant is a revelation. Amit Sail as Devender Mishra is the surprise package of this show. The only weak link in this superb cast is Vivek Oberoi but rest of the cast makes for it.

Overall , Inside edge is an engaging thriller, leaving you wanting for more. Highly Recommended !!