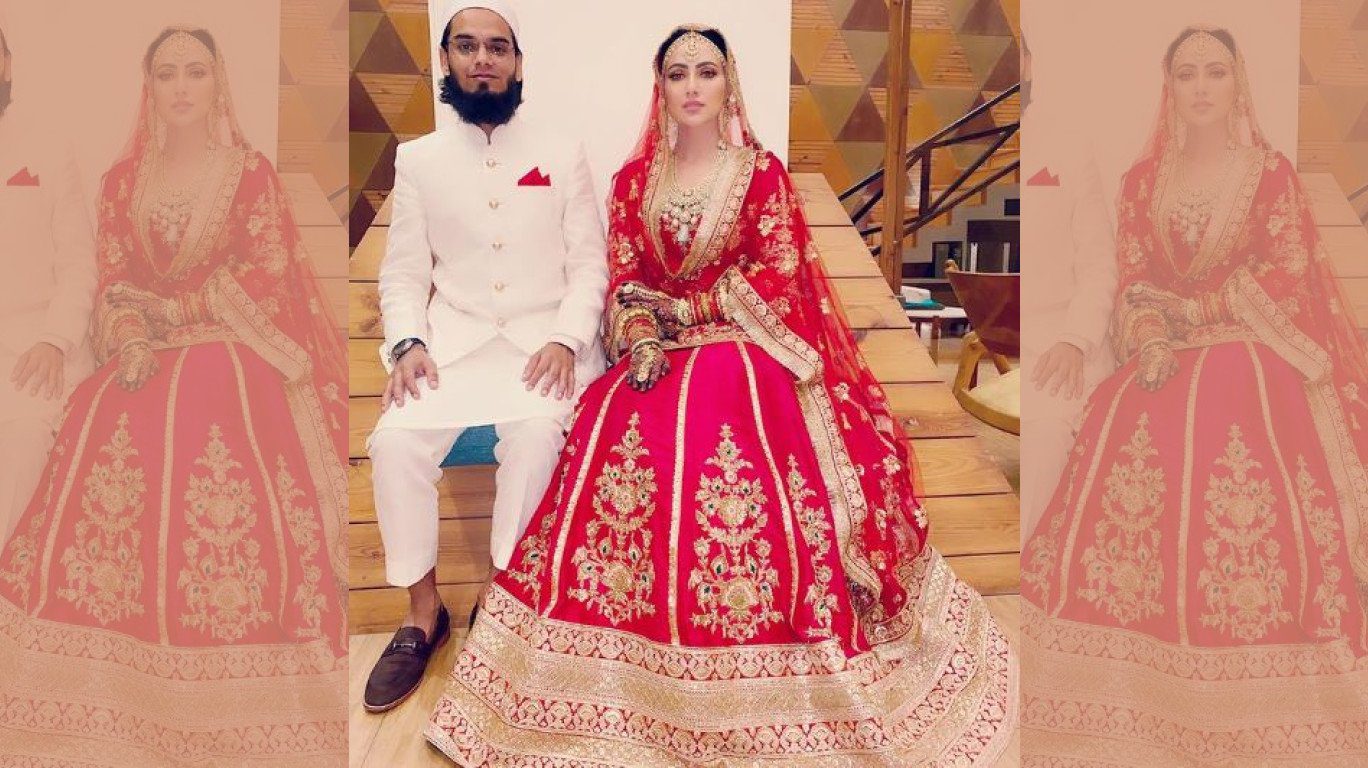 Sana Khan makes headline yet again! The former actress is well-known for her controversies. Her breakup with Melvin Louis, exit from the entertainment industry, appearance in big boss 6, and now her sudden wedding is hitting the spotlight!

Sana Khan shocked fans as she announced her marriage with Mufti Anaas. Her marriage took place in Surat. After the wedding, she even changed her name to ‘Sayied Sana Khan’. She wore a beautiful white gown to match her husband in his traditional attire. Her marriage photos and videos have taken over social media platforms. There are many photos of them seen with family and with cake-cutting! The photos released to the public show her happiness and it marks a change in her life.

Sana Khan’s breakup with Melvin Louis made big news because she had accused him of infidelity on multiple occasions and also of domestic abuse. Their breakup came as a shocker to fans as they assumed the relationship would last long. They seemed like the perfect couple. She took to social media and called him a “jerk”, making this breakup an ugly one!

When Sana Khan announced her departure from the entertainment industry in October, fans wanted an explanation. She decided that she’d want to devote her time and effort in serving society. Khan clearly stated on social media her reason for leave (to serve society) and that her time in the showbiz has come to an end.