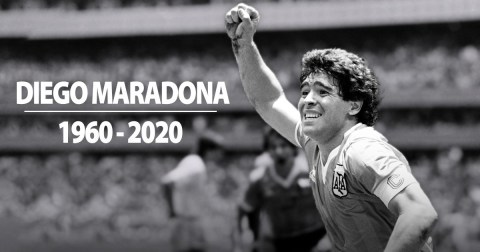 A true great to ever play the game of football, Diego Maradona has sadly passed away at the age of 60 on Wednesday. The Argentine legend suffered a cardiac arrest on Wednesday near Tigre, Buenos Aires. Maradona reportedly was hospitalized earlier this month and underwent surgery on a blood clot in his brain.

Cesar Luis Merlo, a renowned journalist reported that the doctors tried to revive the football legend but were unsuccessful. His surgery, three weeks ago was successful and it is not responsible for his today’s death. Argentina outlet Clarin initially reported the death news and later ESPN Argentina and TyC Sports confirmed the disturbing news. The world football has lots of one of the greatest players of all time. 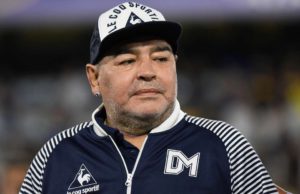 Diego Maradona was a maestro in the field but had troublesome life off the pitch. He often involved in notorious activities, drug abuse, and alcohol addiction. No matter how talented he was on the pitch, he couldn’t control his life without drugs. He reportedly received a 15-month suspension from playing any sort of football competition due to drug violations. Due to the drug abuse and addiction, he couldn’t make it to the Argentina national team for the 1994 World Cup.

The former Argentinian midfielder later retired from international football in 1997. After retirement, he started suffering various health problems and visited hospitals dozens of times in the following years. Back in 1999, he suffered a heart attack for the first time and was rushed to the hospital. A year later in 2000, he again suffered a heart attack, and this time he needed a respirator to breathe. He has reportedly undergone knee surgery, gastric bypass operations, stem bleeding surgery, and multiple heart attack treatments.

Maradona played for seven clubs and for Argentina’s national team throughout his playing career. He even managed eight teams, including Deportivo Riestra, where he served as an assistant manager. Maradona captained and led his national team to victory in the 1986 World Cup and received the Golden Ball award for his brilliancy. Diego has scored 354 goals for both club and country throughout his career while making 694 official appearances.