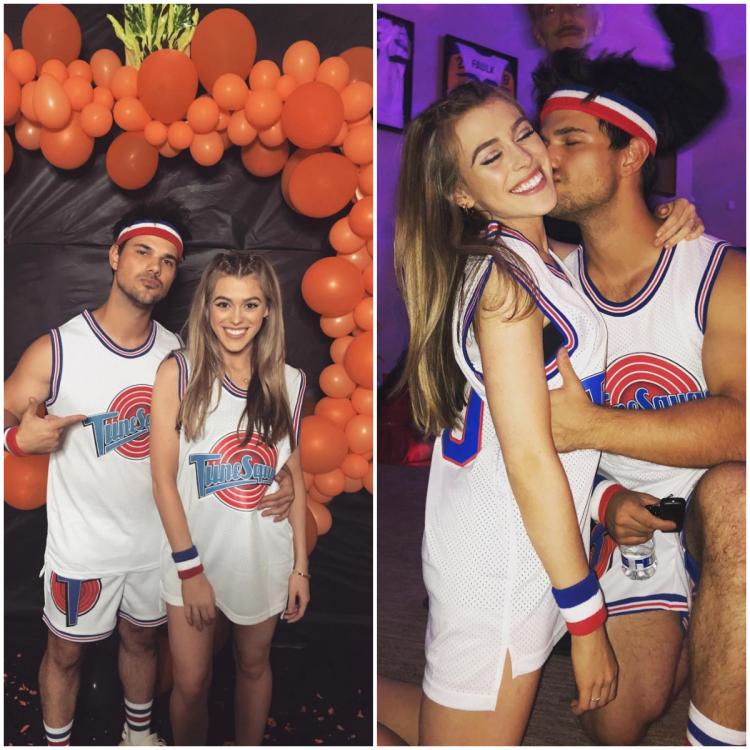 Every girls’ favourite idol from the ‘Twilight’ series is currently dating a gorgeous nursing student! She goes by the name Tay Dome, a shorter way of saying, Taylor. Guess this is the second Taylor he’s dating after Taylor Swift! The couple confirmed their relationship back in October 2018.

It can be hard to see your celebrity crush date new people, but Tay Dome is something else! She specialises in nursing and has lived in Los Angeles for the majority of her life. After news broke out on her relationship with Lautner, she is also an Instagram influencer. Dome is extremely kind to her fans, answering Q&A’s about her career and life with Mr Lautner!

Tay Dome is honestly a beauty with brains! She works in a field that involves helping people and making them feel better. Taylor Lautner really hit jackpot!

Rumours of their relationship spread back in September 2018 when the love birds attended a wedding ceremony. The two decided that in the month of Halloween, they’d reveal their love for each other. The adorable photo of Dome and Lautner in their #tunesquad attire from Space Jam, warm our hearts!

Post the big reveal, the couple continue to share their love on social media platforms. Birthday posts, coffee dates, sweet kisses, the couple fearlessly show their love to the public eye. They look amazing together and it really shows!

Lautner is infamously known for having many romantic interests before Dome. He’s been reported to date Taylor Swift after the release of the Romantic comedy “Valentine’s Day”. However, their relationship didn’t last very long and the spark died in just 3 months. Taylor has also dated Lily Collins way back in November 2010. He claimed to have been head over heels in love with Collins, but that relationship too lasted shortly.