Channing Matthew Tatum is back to his normal look after finishing his work for the film- Dog, but this time he posted his face after doing Hair Transformation in Black and White filter on Instagram making everyone mind-blowing.

Channing Tatum is an American actor and dancer who was initially introduced in the film Step up in 2006 and progresses his career in a good way. After wrapping things for his latest movie- Dog, he posted a picture which features his Jaw-Dropping Hair Transformation with a new look which seems a good habit of moving on the old events and loved by everyone. His hairstyle looks like the rapper Eminem, dying his hair in blonde that turns out to be slim shady. 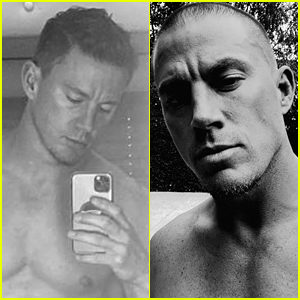 What is the reason behind his new look?

He does this hair transformation after completing every movie he has been cast in, which turns out to be his ritual to obey the character he plays and getting ready for the new character with a new look. He defines that it’s freeing him from the role which is his highest intention of moving on after completing a movie. He feels finishing his work is the hardest job of his life then shaving off his head which feels so refreshing and free to encounter. Tatum also went to public opinion by keeping poll count on his story as “BAD IDEA OR NOT” which dragged the internet crazy.

Tatum new work- The Dog that turns him into new look after completing:

Currently, Tatum is working for his film The Dog which is an upcoming American movie will be out on 12th February 2021. The plot framed in November 2019, Tatum and Reid Carolin came up with the concept of a comedy film- Dog and Tatum casting himself for the flick. The filming started back in 2019, but as the pandemic held things, the production crew resumed in mid-2020 in Los Angeles by taking protocols.