As we all know that these three Chris put together the marvel franchise even more incredible without any drawback in their respective plays. Without any doubts, Marvel’s fans loved all the three Chris in the franchise, where they cover their screenplay with amazing acting which gained them popularity in the world.

Chris Evans is the hero in every Avengers:

Among the three Chris, Chris Evans is considers to play a powerful role after Ironman and look after every action by himself, MCU starts to develops several films based on the character Captain America where people adored him very much. Chris Evans became famous after coming up with his acting for the character as Captain America, who is the first Avenger in the Marvel’s Avengers franchise; where Marvel Studio established various films for his character such as: 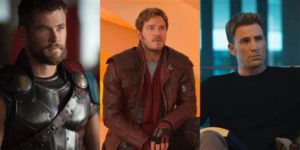 Why People love Chris Hemsworth more than the other two Chris in the MCU?

Our most favourite Chris Hemsworth playing the marvel Character Thor who is so fun in real and reel life with his personality. At first, Chris Hemsworth plays small roles but later introduces as Thor in the Marvel movies in 2011 where audience loved his role and even video games have been created based on his character Thor. Marvel released three subsequently movies based on Thor which are:

Chris Hemsworth is one of the world’s highest-paid actors with an estimated net worth around 130 million dollars. Chris Hemsworth’s character did a great job in the Avenger: Endgame while being an alcoholic person because of his brother Loki Demise. 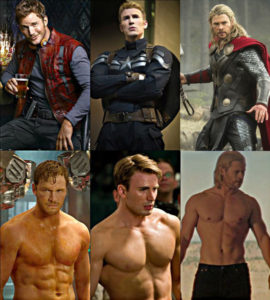 Pratt one of the Chris in the MCU came to the light after his role in- Guardian of the Galaxy Volume and later being a part of every Marvel movie. He is recognised as scoring Number 2 on People Magazine’s annual list of sexiest Men alive in 2014. He is one of the hardworking actors who takes his job  seriously.