There have been talks on the price fixation on the new model of Tesla S/X where Tesla’s holders in Europe are heightening the price of these two models through Online structure after there is continual fall in the prices in the United States. Following in previous years the sales of Tesla S/X are somewhat low so to be more competitive after increasing-price which states more than US market price in 2020.

Model S is the most expensive in Germany after increasing the rate to 80 thousand dollars and in Europe selling for 5000 euros were trying to make an increase to meet up economical status which went straight down after this widespread of Covid-19. Likewise, Tesla Model X will be estimates to be 2710 euros and standing at 98 thousand USD in Germany with an enormous increase in the rate.

What are the special features and specifications in these two Models of Tesla? 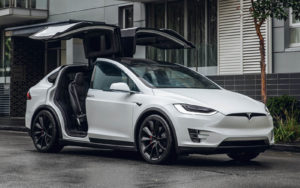 Tesla Model S has been competing with high-level range brands such as BMW 7-series, Audi A8 and Mercedes-Benz S-class are introduces in many regions of Europe by 2021, with a slight increase in the price.

The Tesla Model S is designs with an electric Sedan which is available in three variants- 75D, 100D and the P100D. The Tesla company expects to launch the Model S on 14th January 2021, but as of now we cannot see and hear things that can happen due to this circumstance.

Tesla Model X is just like model S but getting verify as one of the fastest SUV’s in the world and is only available as the Long Range Plus, which has been designing with a seven-seater inside. This Model X is available in various designs wherein the United States market the car is arranges as a Five-seater, Six-seater and seven-seater options. This Model has many special features where you can fold-up the last rows and make yourself comfortable while travelling a long distance.