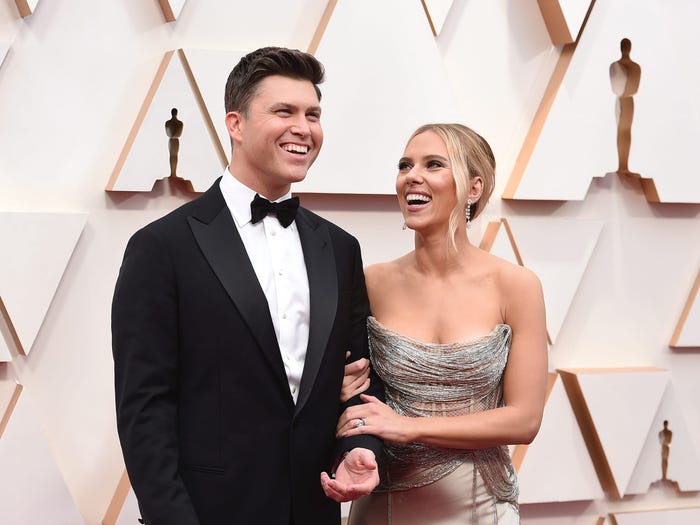 Scarlett Johansson and Colin Jost were reported to have tied the knot in October after dating for three years.

The two met on the sets of “Saturday Night Live” where Johansson has been a host and Jost a writer. They have been dating since 2017. Here’s a glimpse of their love story – how they met, fell in love and more.

In November of 2010, Johansson first met Jost on the sets of SNL where she appeared in a parody sketch scripted by her now hubby. She recalls the skit being a ‘dumb parody’ but remembers Jost being a confident writer.

On March 11 of 2017, Johansson and Jost met again on the sets of SNL. This time Johansson parodied as Ivanka Trump. The two had also recently split with their partners at the time. Johansson had filed divorce from her second husband and Jost had broken up with his girlfriend Rashida Jones.

In the same year, Kate McKinnon from the cast of SNL, set the two up on a date where they undoubtedly caught feelings for one another as several sources reported them to have been spotted engaging in intimate moments at a cast party later.

In July of 2017, Johansson and Jost were spotted twice in the middle of their dates. Once at The Palm restaurant in East Hampton, New York and again at a beach with Jost’s family.

At the 2017 Emmy Awards, Jost finally owned up that he was dating Johansson. He complimented his new girlfriend, describing her as being ‘pretty awesome’. He also claimed that he had first met Johansson in 2006, in his first year as a writer at SNL.

The same year, in November, the couple finally made their relationship official with a public appearance at the 2017 American Museum of Natural History Gala. 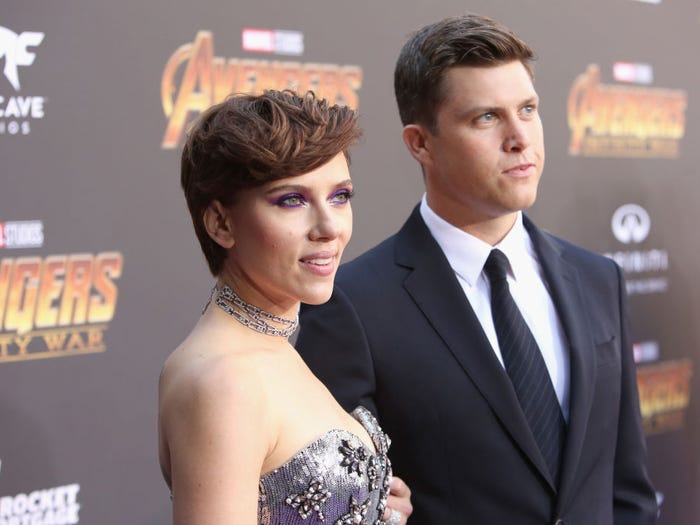 In September, they attended the Emmy Awards together. Jost who was hosting the event, appeared on the “Ellen” show prior to the event with co-host Michael Che who joked that Jost has “changed a lot “since his relationship with Johansson.

In May Johansson’s publicist Marcel Pariseau confirmed to Associated Press that the two were engaged though a wedding date had not yet been confirmed. Johansson was spotted wearing an engagement ring.

While hosting the SNL in December Johansson said, “This place means so much to me. I have so many friends here and I met the love of my life here.”

In October, Meals On wheels America shared an Instagram post showing Johansson and Jost get married. The couple had a private event with their loved ones while maintaining all necessary precautions amidst the pandemic.