Ian Somerhalder: HOW DOES DAMON LIVE?, Net worth? 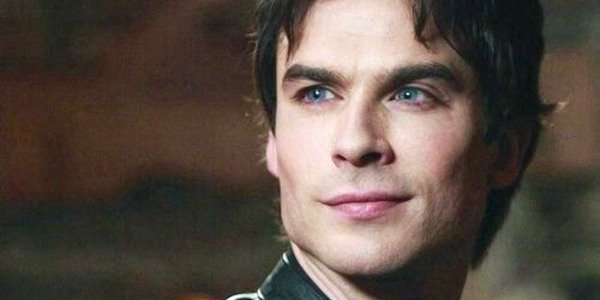 HOW DOES DAMON LIVE?

The TVD FAME heartthrob, Ian Joseph Somerhalder, is practically the star of every teenage girl’s dream. But how does he really live? Is he a lavish person or a dark gothic lover?

The 41-year-old, blue-eyed ‘vampire’ is an American actor known for his roles in CW’s The Vampire Diaries and Netflix’s horror drama series V Wars. Born on 8th December 1978 Ian was born to Edna and Robert Somerhalder. Even as a kid , Ian had a thing for acting. In 2004 Ian got his major breakthrough as Boone Carlyle in Lost. 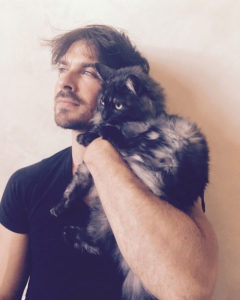 The American actor’s total net worth is approximately $8 million dollars as of 2019. He is a big fan of Sean Penn and lives mostly by Gandhian principles. His house is artistically built in Venice, California. He believes in an eco-friendly way of living and owns Audi A3 E- Tron Electric car. A cat lover, he’s the father of three cats Linx, Moke, Thursday.

Somerhalder won many teen choice awards for his mindblowing performance in TVD. Married to, Twilight fame, actress Nicki Reed, Ian is father to Bodhi Soleil. Ian owns a pizza parlour along with his brother. A Sagittarius, Ian has dated gorgeous women like Ashley Greene, Nina Dobrev and Alena Gerber.

Name something practically more attractive than wine from Salvatore brothers, THE OG? Cant? Well, neither can we! The onscreen brothers, Ian Somerhalder and Paul Wesley have launched their own brand for Bourbon. Ian made this announcement by posting on Instagram,  “We can’t wait to share with you! Please share this website address with friends and family. Let’s bond. 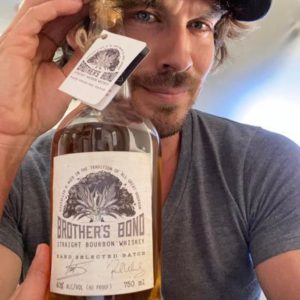 This announcement gained a positive response and fans could no longer wait for the same. Did you know the blood-sucking vampire is ‘scared’ of fast food? He may also be obsessed with cleaning as he has confessed to showering three times a day! Clearly, we love Ian Somerhalder for who he is, in reel and real.