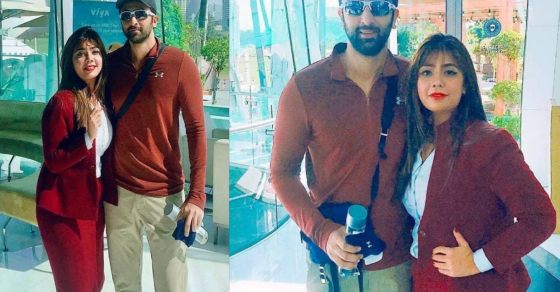 Ranbir Kapoor has been picturing with his beloved fans in Dubai after being there over a week now and having fun with his family. Every social media covering Ranbir who is posing for a snapshot with his fans in Dubai stuns everyone with his humble attitude towards the audience.

Why did Ranbir Kapoor go to Dubai?

Ranbir Kapoor is a Bollywood actor for his work Jagga Jasoos, YJHD, Sanju and so on, visits Dubai to have a vacation, there he is completely looking twinkling with his simple grey tee-shirt with denim and also wearing a black cap and posing with a fangirl during a restaurant where he went to have food and fun. Without any indecision, he makes his fans happy after comforting them by posing the pictures during his dinner outing and also shopping at the massive Dubai Mall.

What he is doing in Dubai during this pandemic with his fans?

And on the other day, while going shopping, Ranbir is captures in a maroon casual with the same black cap, he has on the other day at the dining centre and hanging a sling-case bag across his shoulder. He has been posing in every picture that has been requesting by his fans to him without any rejection and hesitation on his face and a cute sparkle on his face always is everything.

On a fan page of Ranbir Kapoor these pictures is sharing globally after he went out in Dubai where people characterize him as Jagga Jaoos with such a wonderful elegance and sweet boy. After finishing his new project Brahmastra which is set to release this year 2020, but fails to because of the pandemic. 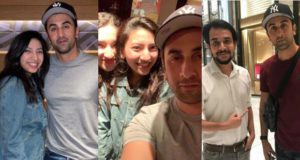 Previously Ranbir Kapoor spots during the time of Jagga Jasoos release in 2017, after that he started to ignore public appearances at its extent after encountering so many gossips on his personal life. Making his comeback in Brahmastra with his ladybird Alia Batt is something that people are waiting for.