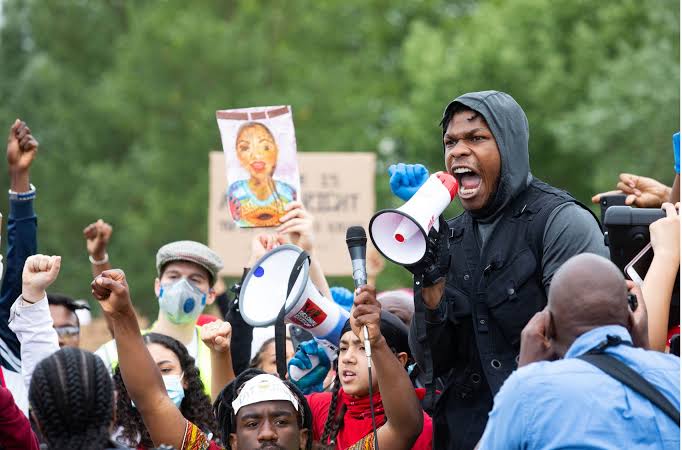 Who is John Boyega?

John Boyega stars in Steve McQueen’s five-film series Red White and Blue. The film series depicts Black Life in London from the ’60s through the ’80s. He has always been vocal about his strong support for Black Lives Matter. The 28-year-old actor already has a ton of experience in Hollywood, thanks to three Star Wars films.  Being a professional actor for almost 10 years has given him an understanding of the struggles faced by young aspiring actors in Hollywood. He believes that most young actors aren’t treated well by the industry because of their color. The industry believes that these actors can keep things quiet as they keep on cashing checks and move on with their lives as a celebrity.

Did He Raise His Voice?

Boyega made it clear this year that he doesn’t feel the same way and he won’t keep quiet. In July this year, he gave a raging speech at a protest in London in the wake of George Floyd’s death without caring about the effects it would have on his acting career. He told, “Black lives have always mattered. We have always been important. We have always meant something. We have always succeeded regardless. And now is the time. I ain’t waiting.”

This year of resistance has given him the perfect opportunity to break free of restrictions. Speaking at a video conference in an interview from London, Boyega said he won’t fashion his career like a politician or take the money and shush.

Details about What Happened!

In September, Boyega parted ways with the London cosmetics brand Jo Malone after the company reshot the video he made which was influenced by his Nigerian background. He also criticized the creators of Star Wars for mishandling his character, Finn. In the wake of his protest, many filmmakers and actors responded that they would be honored to work with him.

While you digest #SmallAxe have a read of my interview with John Boyega about his role in the film.

Spolier: Steve McQueen made him run the entire bleep test. 🤣