Khalid one the biggest and popular singer across the globe who known for his hit tracks which is loved all across the globe, Khalid is one the great singer of the time which can prove after he won Grammy awards and his big collaboration, is also popular with some great artist like Billie Eilish, Benny Blanco, and Halsey. This states that Khalid is one of the hitmaker singers which also has 50+ million, regular listeners, on Spotify which is a huge number. Khalid has already has a starter home in Los Angeles in Encino community which is an expensive area in L.A. 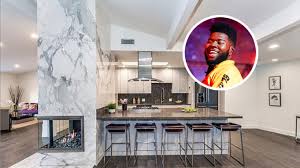 The grey color spectacular structure has four bedrooms on the second floor, and the house has two garages and a long driveway in front of the house. The house is equipped with some very advanced features like home automation features, speakers are fitted in all over the house and also house has some advance safety system which is common in $2.2 million house. the house has airy felling and has grayish-brown wood finish and white walls that give a premium feeling to the house. The house has some more feature like high end appliances, pool and lower terrace which adds a beauty to the house. 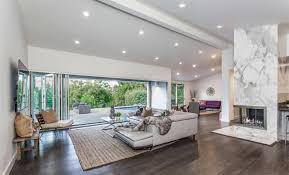 Khalid’s new house in the Encino community which gain huge popularity in the media. Khalid is living in this house since March 2018 with his mother. This house is listed by Haili Michaels who highlighted the key specs of the house. Khalid loves living in this house and passes his quality time here and also he regularly posts the story with the house on social media.