Spotify previously offered a Premium plan at Rs.13 per day and Rs.39 per week. These have now been discounted to Rs.7 per day and Rs.25 per week under the new Premium Mini. It includes all the songs and podcasts available on the platform, without ads. However the access to these plans is restricted to only one device and that too only on mobile phones and tablets. Moreover, under this plan the maximum number of downloads per user is capped at 30, and the highest audio quality is 160 kbps, the same as Spotify’s free version. Furthermore, the downloaded songs will be removed once the subscription ends. The Premium Mini can be extended up to 3 months. 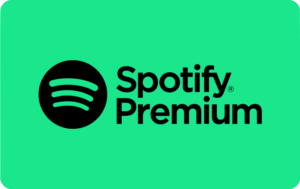 Other Available Plans On Spotify

Spotify has also discounted their usual annual plans, which are now available at Rs.999 instead of the usual Rs.1,189, up till December 31st. The monthly plan is still the same at Rs.119. Other options include, the Spotify Duo plan at ₹149 per month for two accounts and the Family plan priced at ₹179 per month, with one month of free trial, with access to Spotify on six accounts.