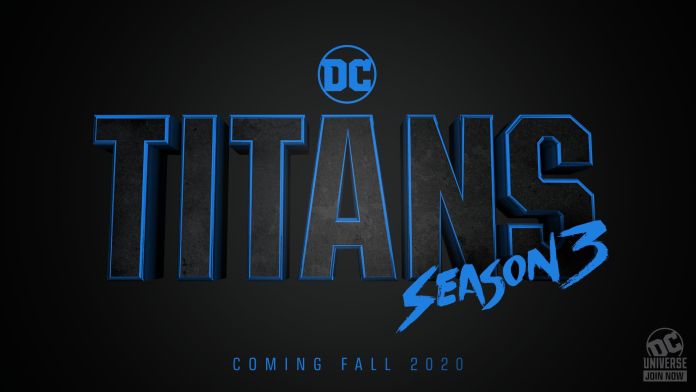 America’s famous television series DC titans series is based on the Comics of the same name. The series is created by Geoff Johns, Greg Berlant, and Akiva Goldsman, the series plot is based on some teenagers with some superpowers who get together and fight against evil people or aliens. They live in a tower named Titans Tower and help each other as a true friend. Titans Season 3

Superpower group of Teen Titans has teenagers named by their superpowers like Beast Boy, Raven, Starfire, Robin. The beast boy has the ability to change himself into any animal with that animal strength, Raven’s father is a damon so, she’s half damon who has the ability to manipulate other’s emotions, time, and energy. Starfire is an alien came from another planet who have abilities to handles the intense level of radiation, she also has superhuman’s reflex and speed. Robin is the leader of the group and he has the abilities of detective, have great gadgets, and an intense level of power.

The DC titans have two seasons and the first season has 11 episodes in total and was released on 12 October 2018. Titans season 2 was aired on 13th September 2019 and the showrunners are gearing up for another hit season. Thanks to our reporters we have some information on the expected release date of the show.

In earlier season and in the comic of Teen titans we saw that Cyborg is their and best friend of Beast Boy. Cyborg is a half-human and half cyborg. Cyborg’s abilities are his speed, stamina, and high genius level of the brain. He joined the Dc teen titans officially in 2011 by the production team Justice League.

And also we saw that Ryan Potter who portrays the Character of Beast Boy posted on   Instagram that, “Not sure when, But it’ll happen.” He indicated that Cyborg will soon join the Titans team and give it a new direction. In response to this Instagram post, Wade who plays Cyborg replied, “Dying For it.”

So if the Titans want Cyborg in the series and Cyborg himself wants to be a part of the series then makers can add the new member to the team as soon as possible.

The show was renewed for the third season back in 2019. And filming got started in early 2020 but because of Coronavirus filming stopped abruptly. After all, health comes first!

Goldman told in a video interview, “Everything is a bit slowed down. Season 3 is planning to go in front of the cameras as soon as possible.”

However, according to the latest update by the showrunner, Titans Season 3 has wrapped up production. Therefore we could expect the release date to be announced very soon.

All the actors have portrayed their roles and are ready to shine on the screen 1 more time. And who knows, we might get a SEASON 5.

What’s More In The Story?

Titans series is based on DC comics, so the story may have similarities with the comics. In the third season,  we may witness the Teen Titans meets Adult Titans for the first time. Also as per the source, Barbara Gordon aka Oracle soon join the Titans and save the day from evil.